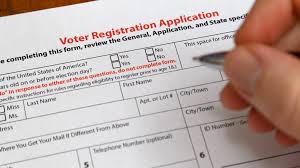 Jacobsen joined us on the radio Thursday morning where she spoke in support of both House Bill 176 and Senate Bill 169. HB 176 would close late voter registration by noon on the day before the election, effectively ending same day voter registration. SB 169 “would require voters to provide a valid photo ID in order to register,” according to the Montana Free Press. Listen to the full conversation below.

Here’s what I found most interesting from our chat with the Secretary of State: the fact that our voting and election integrity laws here in Montana have been under attack by the very same out of state operatives who were behind the 2016 Russia collusion hoax. Perkins Coie. You remember them?

The Federalist had a great report back in 2020 detailing how Perkins Coie was the legal team that not only colluded with foreign operatives to interfere in the 2016 presidential election, they also led efforts in several states to remove important election safeguards.

The Federalist: Spygate Law Firm That Attempted To Overturn 2016 Election Behind 2020 Voting Lawsuits

Even more stunning, all 16 lawsuits are being run by Perkins Coie attorney Marc Elias. Elias was chief counsel to both the Hillary Clinton campaign and the Democratic National Committee in the 2016 presidential election, and was one of the key figures in the Russiagate conspiracy to remove President Donald Trump from office.

Elias and another Perkins Coie partner, Michael Sussmann, hired the opposition-research firm Fusion GPS to try to create ties between the Trump campaign and Russia. This led to Fusion GPS paying money to former British spy Christopher Steele, who paid money to anonymous Russian sources via a British national named Edward Baumgartner, who had ties to Russia.

53 Year Old Man Who Spent Time in Billings is Missing