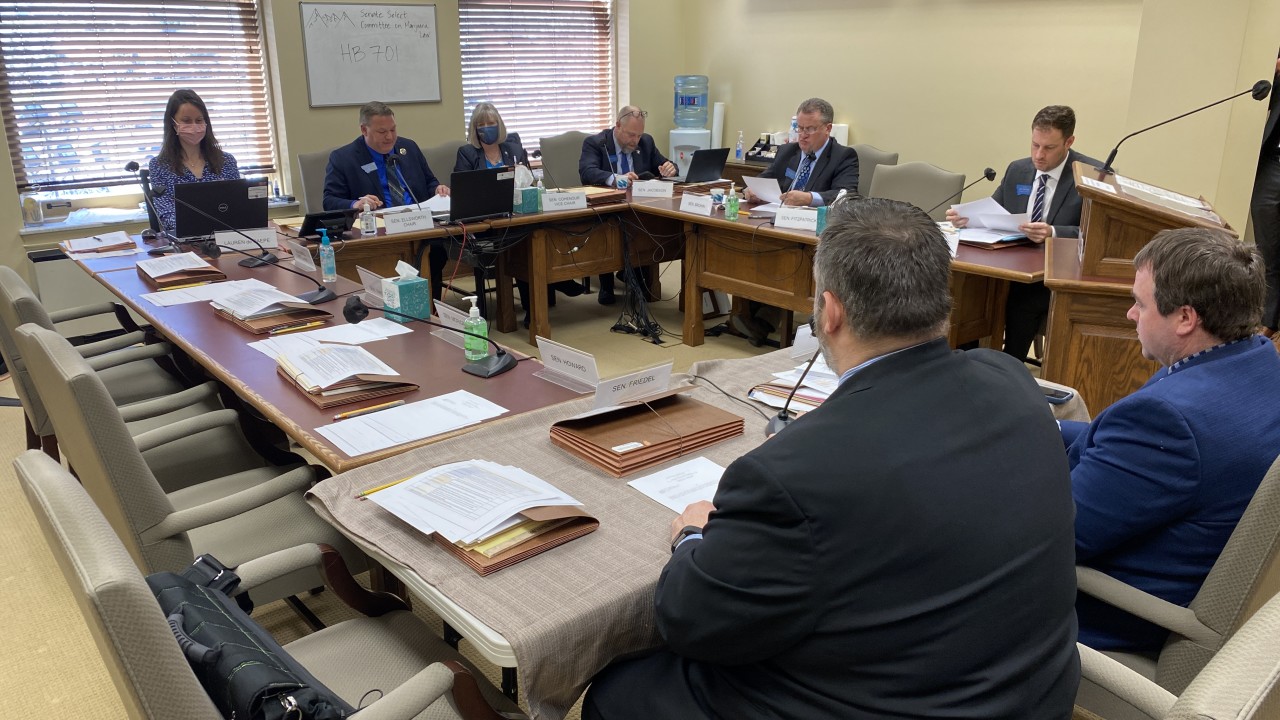 HELENA — The Montana Senate has signed off on the latest version of the bill to overhaul the state’s recreational marijuana laws.

Senators voted 35-15 for House Bill 701 in a preliminary vote Friday. The bill was then sent immediately to the Finance and Claims Committee, which returned it for a final vote on the floor. The Senate then passed the bill again, 34-16.

“Whether or not deep down inside you want to see this marijuana industry happen in Montana, the fact of the matter is, it’s been voted on, it’s going to happen,” said Sen. Jason Small, R-Busby. “This is the most responsible bill we could have put together that should work out the best for everyone.”

HB 701, sponsored by Rep. Mike Hopkins, R-Missoula, is the last major bill seeking to make changes to the recreational marijuana system set up by voter-approved Initiative 190. This week, a Senate select committee extensively revised the bill.

The current version of the bill would:

· Require a local election to approve recreational marijuana businesses in any county where most voters rejected I-190.
· Allow existing medical marijuana providers in counties that allow recreational sales to immediately begin selling to recreational customers on Jan. 1, 2022; they would have to get an adult-use license at their next license renewal.
· Allow counties to put a local-option marijuana tax of up to 3% before voters.
· Limit home growing of recreational marijuana to two mature plants and two seedlings per person, and four per household.
· Designate a specific court for handling expungement petitions for people convicted of marijuana offenses that would now be legal.
· Provide one recreational marijuana license for each of Montana’s tribes, allowing them to have growing sites and dispensaries up to 150 miles from their reservation.
· Direct $6 million to Gov. Greg Gianforte’s “HEART Fund” for mental health and substance abuse treatment, and eventually providing some additional funding for conservation programs.

“I think we crafted something that represents all of Montana, something I was proud to vote for,” said Sen. Shane Morigeau, D-Missoula. “I think it includes all of our communities across the state of Montana, including Indian Country.”

Now that HB 701 has cleared the Senate, it will go back to the House. House members will decide next week whether to accept the latest version of the bill. If they reject the changes, the bill will go to a conference committee that will have to hammer out a compromise.

The select committee’s changes to HB 701 brought the bill somewhat closer to the original language of I-190. However, Pepper Petersen, president and CEO of the Montana Cannabis Guild and one of the leaders of the I-190 campaign, said that didn’t change his belief that the Legislature hadn’t taken the will of voters as seriously as they should have.

“In the end, this is not what the citizens voted for,” he said. “They’re reducing the count of plants; half of the state is going to be a marijuana desert – these counties that they’ve arbitrarily decided will not receive marijuana. That’s not what the people voted for.”

Despite that, Petersen said he was pleased with some of the amendments, particularly one restoring a requirement that new marijuana growers start their operations small and increase them gradually – as existing medical providers had to.

“Montanans have put a tremendous amount of work into the medical marijuana market,” he said. “They’ve done the work from the ground up, and they’ve taken the chances. We wanted to make sure that those people are first in line for recreational marijuana and that Montanans are the ones benefiting from this – not out-of-state corporations.”