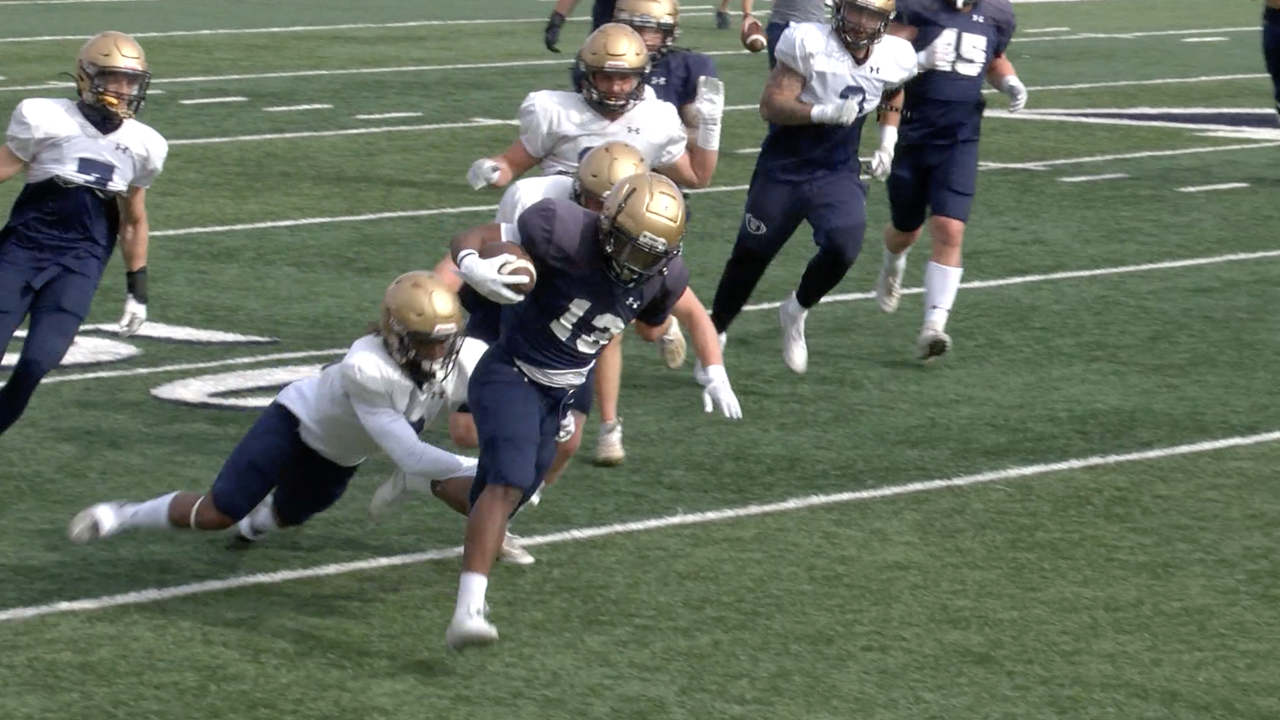 “If you polled the guys last week, I think there would have been a lot of were still kind of feeling this out,” Bobcats head coach Brent Vigen explained. “I think another week along the guys are starting to recognize the method to why we’re doing what we’re doing, the purpose of each and every meeting and drill within practice. I think it’s starting to come together.”

The battle for QB1 has been a hot topic this spring ball, and after this week Vigen has gotten a better idea of what his depth chart may look like this upcoming fall.

“I think the expectation is with experience comes execution,” Vigen said. “I think there are different things guys bring to the table. I know Matt [McKay] taking on a new offense after being here all last year and his previous time at NC State. I’ve been pleased with his progression. Obviously, Tucker [Roving] played a whole bunch of football back in ‘19, and we won a lot of football games with him at the helm. You’re trying to branch off that experience that some guys have and bring everybody along as much as they can throughout this five-week period.”

Switching over to the opposite side of the ball, one group that has made a lot of progress this week is the secondary.

“There’s experience there,” Vigen explained. “There’s some youth that’s talented. I think that group has continued to impress me. Defensively within this defense, they’re tasked to do a lot of things from coverage, from tackling, from showing a lot of different looks, so I think that’s a group that it’s apparent we’re going to be able to lean on to do all the things this defense calls for.”

With week two in the books, here’s a look at what next the Bobcats will be focusing on in week three.

“We’re going to do a full-on 11-on-11 scrimmage next Saturday,” Vigen added. “There will be parts of both offense, defense, and kicking game that will be installed Tuesday and Thursday. This upcoming Saturday will certainly be the most game like that we’ll have been in a long time. You want to get the coaches off the field. You want to get those last-second reminders out of the players’ heads and just let the guys go play. I’m sure it’s going to be far from perfect, but it’s going to be a good measuring stick.”