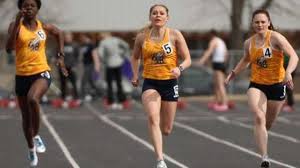 Two male athletes and two female athletes comprised the latest group of signings, with three of the athletes being sprinters and one addition to the cross country and distance program as well. With Wednesday’s announcement, MSUB’s recruiting class for next year is now at 11 total athletes including eight females and three males.

Halpin competed in both cross country and track and field for four years at Bozeman High School. Her personal-best all-time marks during her prep career include times of 21:32 minutes in the 5k, 6:00 minutes in the 1,600 meters, and 2:51 minutes in the 800 meters.

Coach Woehl on Halpin: “I am excited to have Kylee joining us next fall. She will be in the mix immediately for a scoring position on our cross-country team. She is motivated in and out of the classroom.”

Halpin on choosing MSUB: “I chose MSUB because it was a good fit with the coaches and the team. I am excited to be able to run as well as further my Spanish knowledge and achieve a degree in criminal justice where I can use my Spanish.”

Hamill participated in track and field all four of her prep years at Helena High School, and also spent three seasons on the cross-country team for the Bengals. Hamill earned a pair of varsity letters, and was an all-conference and all-state performer during the 2019 season. Her personal-best all-time marks include 13.47 seconds in the 100 meters, 27.77 seconds in the 200 meters, 1:04.11 minutes in the 400 meters, and she was a member of a 4×100-meter relay team that ran a time of 50.08 seconds.

Coach Woehl on Hamill: “Katelyn is another of our new signees that I first met last year at our winter track and field camp. She has a great passion for track and field and is a great addition to our sprint squad.”

Hamill on choosing MSUB: “I chose MSUB after attending the 2020 winter track camp and meeting Coach Woehl and his staff. During my visits, I felt at home and knew this was where I wanted to be. I am so excited to fulfill my dream of running collegiately while pursuing a degree in education.”

Ralston has earned seven total letters between his cross country and track & field careers so far at Cole Valley Christian School, and has competed primarily in the 400 meters and relay teams in track. In 2019 Ralston helped lead his school’s 4×200-meter relay team to the Idaho state title, and helped the medley relay squad to a runner-up finish at the state meet. Individually he finished seventh in the state in the 400 meters in 2019, and he is also a four-time cross country state qualifier.

Coach Woehl on Ralston: “I think Ben will be a great fit on our team and could be competing right away for a spot on our 4×400-meter relay team. In high school he has had tremendous range being a scoring runner for his cross-country team and then running the 200 through 800 in track and field.”

Ralston on choosing MSUB: “The reason why I chose to go to Montana State University Billings is because they are giving me the opportunity to compete at a higher level in a sport that I love.”

Rocha has earned three letters in track and field throughout his prep career and also competed on the cross-country team for one season at Othello High School. Most recently, he served as team captain during the 2020 season after being voted Most Inspirational in 2019 and Rookie of the Year in 2018. Among Rocha’s achievements are breaking his school’s freshman record in the 100 meters and 200 meters, and breaking the sophomore record in the 100 meters.

Coach Woehl on Rocha: “Jon has a tremendous work ethic and the makings to be a great sprinter. I expect he’ll be a contributor in our relays, especially in the 4×100 meters.”

Rocha on choosing MSUB: “MSUB has coaches that believe in my potential, and that’s all I need to succeed and excel.”