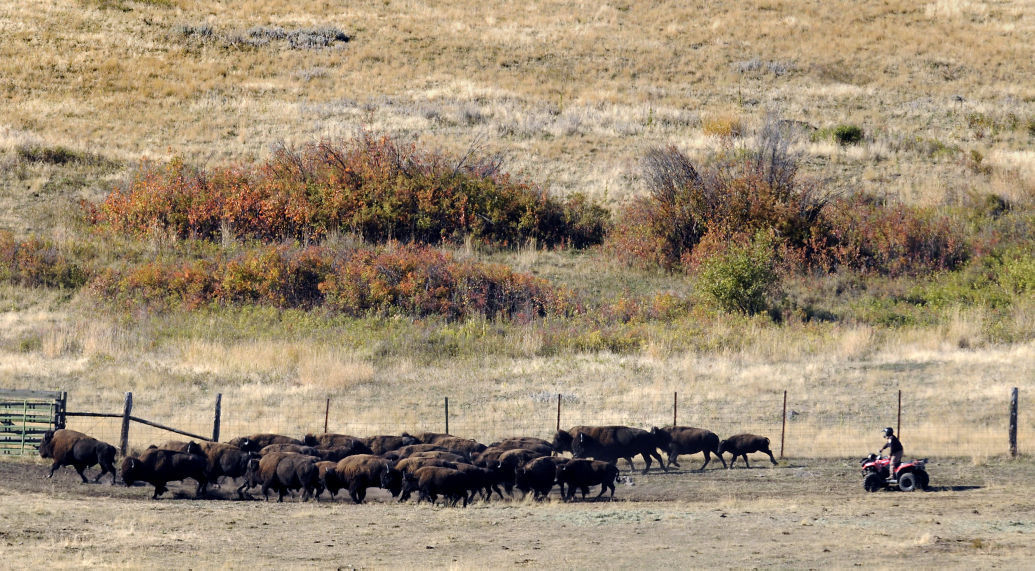 “The CSKT have strong and deep historical, geographic and cultural ties to the land and the bison, and their environmental professionals have been leaders in natural resources and wildlife management for many decades,” Interior Assistant Secretary Tara Katuk Sweeney wrote in a Friday email statement. “Interior is pleased to continue its partnership and work with them on the restoration of the NBR to federal trust ownership for the Tribes.”

CSKT Tribal Chairwoman Shelly Fyant said the transfer returned care of the bison to the people who had made it a mainstay of their culture, the Missoulian reported.

“The restoration of this land is a great historic event and we worked hard to reach this point,” Fyant said in an email. “This comes after a century of being separated from the buffalo and the Bison Range, and after a quarter-century-long effort to co-manage the refuge with the FWS (U.S. Fish and Wildlife Service).”

The transfer was part of an omnibus spending bill signed by President Donald Trump on Dec. 27, 2020. It was included as part of the Montana Water Rights Protection Act, co-sponsored by all three members of Montana’s congressional delegation: Senators Jon Tester (D) and Steve Daines (R) and Rep. (now Gov.) Greg Gianforte (R). That act also settled a long-standing treaty negotiation that gave the CSKT rights to major water resources inside the Flathead Indian Reservation in return for releasing claims on more than 10,000 water rights outside its boundaries.

CSKT spokesman Robert McDonald said the public would see little change on the 18,800-acre wildlife refuge covering Red Sleep Mountain south of Pablo. The Tribal Council agreed to continue following a conservation plan developed by FWS that controls how the refuge is managed for wildlife and the public.

“The Fish and Wildlife Service is still in place,” McDonald said on Friday. “The Tribal Council is in regular contact with them, and we’re working on an agreement for how things will progress and operate in the future. There are a lot of questions about staffing, positions, what should be added or remain — things like maintenance crews, biologists, people in the gift shop and cultural interpretation. We’re in the early process of hashing out how it’s going to go.”

McDonald said that will take two years or less, but the mission of the refuge to be a publicly accessible landscape focused on the preservation of wild bison would not change.

On Thursday, CSKT officials announced they were replacing federal regulations governing hunting, fishing and recreation on the refuge with an essentially identical set of rules authorized by the Tribes. The transfer of ownership automatically repealed the federal regulations, according to the Department of Interior.

The replaced regulations include rules governing user fees to enter the refuge, prohibition of fireworks, weapons or explosives except under authorized circumstances, prohibition of hunting or taking of resources from the refuge except as authorized, and use of motorized vehicles.

McDonald said the exceptions would apply to actions previously allowed by FWS. For examples, Boy Scout troops have been allowed to collect shed elk antlers and biologists have conducted studies involving capturing or occasionally killing specimen wildlife. Those exceptions would continue under tribal management, he said.

Transfer of the National Bison Range to CSKT does not affect other FWS-managed wildlife refuges in the Mission Valley, including several wetlands and bird sanctuaries around Nine Pipes and Pablo that will remain under FWS supervision.

No injuries reported in Billings fire