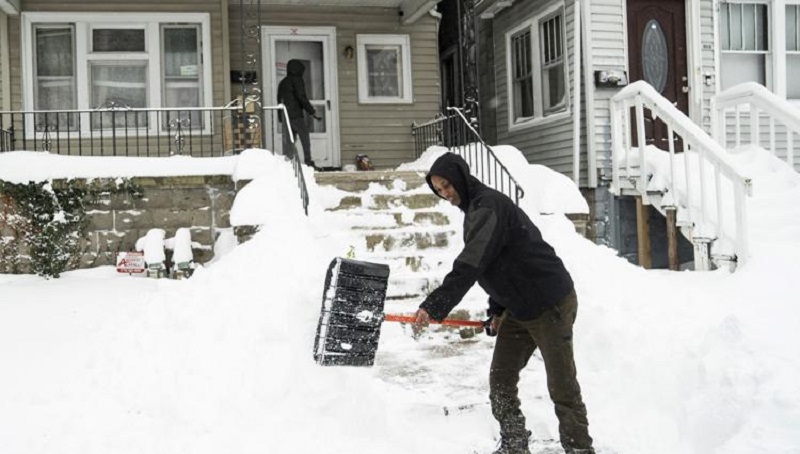 Billings, Montana — One Billings man didn’t want to quit assisting when it was revealed last week on December 6 that the ten-year-old city-run Snow Buddies program had been halted owing to a lack of volunteers.

After posting a request for assistance on social media, Justin Voeller rapidly established his own independent snow friends club. The group now has six volunteers after one week.

“And we’ve had a lot of people asking for assistance. Which is great because we can get out there and help the people in this community,” he said Monday. “I put a call out on Facebook to see if anybody would need help clearing snow because of the program being paused, and I didn’t want the people that I helped out to go without.”

Voeller had been a Snow Buddies volunteer since 2018 and didn’t want to abandon individuals he had previously helped this winter.

“I’ve been helping them for four years now and one lady in particular, she actually reminds me of my grandma. So, I try to get over there as much as possible,” he said.

One of the six who is eager to start working on improving the community is Britney Nelson, who only recently relocated from Chinook to Billings in April.

“It just makes me feel a lot better and you know, know that I’m taking care of somebody and that’s one less thing they have to worry about,” Nelson said.

Nelson is moved by Voeller’s deeds and wanted to help out by shoveling snow for others who are unable to do it themselves.

“If you notice that your neighbor or somebody in your life could use a little bit of help, you could just do it and not be part of the program. You’d be part of something bigger,” Nelson said.

Residents can post on the Billings Snow Buddies Facebook page if they need assistance shoveling, and a volunteer will get in touch with them privately to ask for their address.

“Hopefully next year, we can pass this back to the city, and the city can maintain it from there on with a renewed sense of volunteering and people that need help,” Voeller said.
According to Tina Hoeger, manager of the city’s code enforcement division, the city has sent one person to Voeller and the volunteers for assistance. However, if they can obtain the assistance, they are still willing to revive the city-run Snow Buddies program.

Before the storm, the Montana Rescue Mission asks for donations of clothes