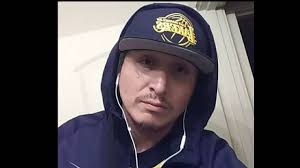 The man who was killed in a gunfire exchange with 6 U.S. Marshals on Thursday, June 18th was wanted for the murder of a Colorado Springs resident.

According to the Colorado Springs Police Department, the incident took place in the evening hour of November 5th, 2019. Police responded to a report of a shooting and located 19-year-old Alijah Vialpando with injuries inside of a crashed vehicle in a parking lot.

He was transported to a local hospital with life-threatening injuries. He later died.

Detectives obtained an arrest warrant for Fortune on June 12th for murder in the first degree.

The department’s homicide detectives worked with various law enforcement agencies, including the United States Marshals Service, and determined Fortune was in the Billings area.

On June 18th, the US Marshals Montana Violent Offender Task Force located Fortune, who was killed after an exchange of gunfire with members of the task force. No injuries to the officers were reported. No Billings Police officers were involved during the incident.

The BPD Investigations Division is leading the investigation of the incident in Billings and a coroner’s inquest will take place to determine if the shooting was justified.