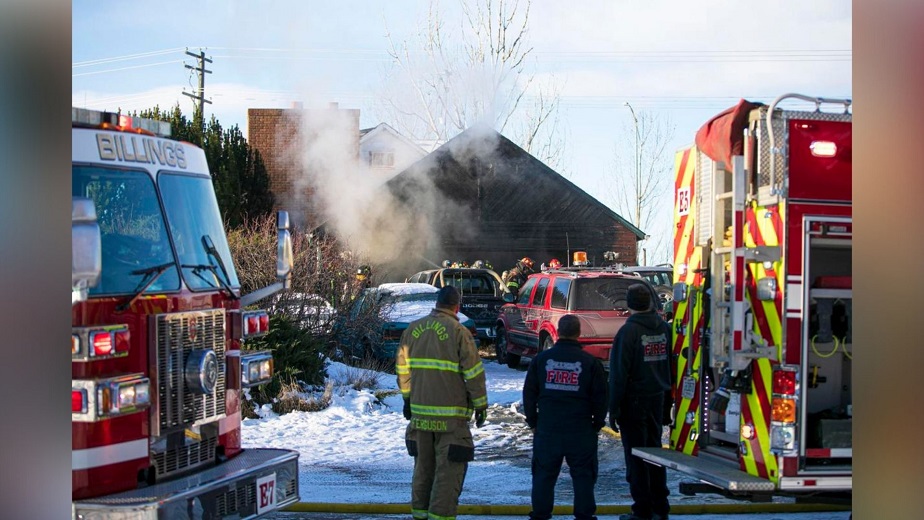 Billings, Montana – On Friday morning, a fire in a residence in Billings’ West End sent one person to the hospital.

Around 9 a.m., firefighters were dispatched to Temple Place, near New Life Church, to put out a fire. The fire was primarily contained to the attached garage of the multi-story residence by Billings firefighters. According to Billings Fire Department Assistant Chief Kevin Johnson, a resident was evacuated from the site to be treated for non-life threatening injuries.

The fire had destroyed much of the garage before firemen were able to put it out. The cause of the incident is currently being investigated by Billings fire marshals, according to Johnson. Multiple BFD engines and water trucks were part of the operation on Friday. At this time, Johnson is unable to provide any information about the extent of the person’s injuries.

The Yellowstone County Sheriff’s Office was also present at the scene, along with BFD and American Medical Response.

Free parking in downtown Billing until the end of the year