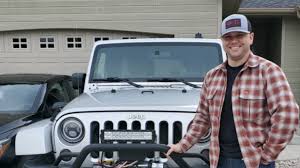 BILLINGS, Mont. – The Billings Police Department is asking for the public’s help in locating a missing Billings man.

Lieutenant Brian Krivitz with BPD, says 43-year-old Andrew Salava was last seen on an electric bicycle. He was was wearing a gray long-sleeved shirt, a black vest, and blue jeans. Salava is described as a white male, 5’10” tall, 240 lbs., with a “salt and pepper” colored beard.

Police say he has a serious medical condition, that if left untreated could be life-threatening.

Anyone with information on his whereabouts is encouraged to call Billings police at 406-657-8200.