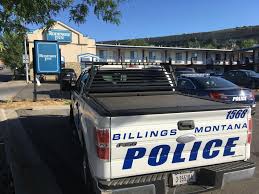 (Billings)- In a tweet from the Billings Police Department, BPD responded to 310 N 27th for a report of a male in the Billings First Congregational Church with a gun wrapped in a cloth.

According to Sgt. Nate West, officers arrived on scene and did not locate the male or a weapon.

Sgt. West adds officers obtained info that there were no threats made by the male.

KULR-8 had a reporter on scene.

We spoke with Co-Pastor of the Billings First Congregational Church, Lisa Kopanski Harmon, who said staff immediately called police and went on lockdown after the gun was seen.

Kopanski Harmon says members of the congregation worked swiftly to secure all points of entry of the church.

She added the person with the weapon left by the time police arrived to the scene.

Kopanski Harmon says she believes the incident “involved a person and another person that was in church” and she doesn’t believe it was “someone coming in looking to hurt people in the church”.

Kopanski Harmon believes the incident stemmed from an argument between two people.

She added she was happy the staff acted so quickly as their “Safe Campus Policy” was enacted and that nobody was injured as a result.

Kopanski Harmon also praised BPD as they helped sweep the building inside and out in addition to escorting parishioners out following the church service.