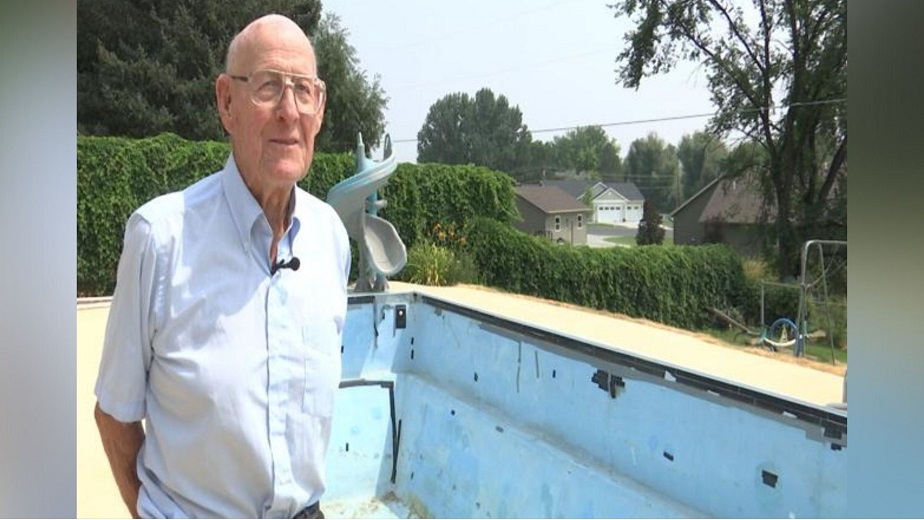 Billings, Montana – The Gerber family backyard pool has been a staple in the Billings area since 1961, creating memories for thousands of people on hot summer days over its history.

“They had church parties and I even had a number of baptismal services in my pool,” said Ben Gerber, the pool owner.

Gerber is already recognized throughout the community by people who remember having a good time in his pool years ago.

“They saw my credit card or something and like yeah they would laugh and say about 30 years ago they learned to swim in my pool,” said Gerber.

When the pool officially launched, it was one of three in Billings, according to Gerber. The pool, however, can no longer hold water due to cracks appearing and is in danger of being permanently closed if the Gerbers are unable to collect the funds to fix it.

“I would do it again but the pool got some leaks too many not too many to fix but thats what were in the process trying to figure out how to fix it,” Gerber said.

Anyone interested in donating funds for the swimming pool can visit GoFundMe page.