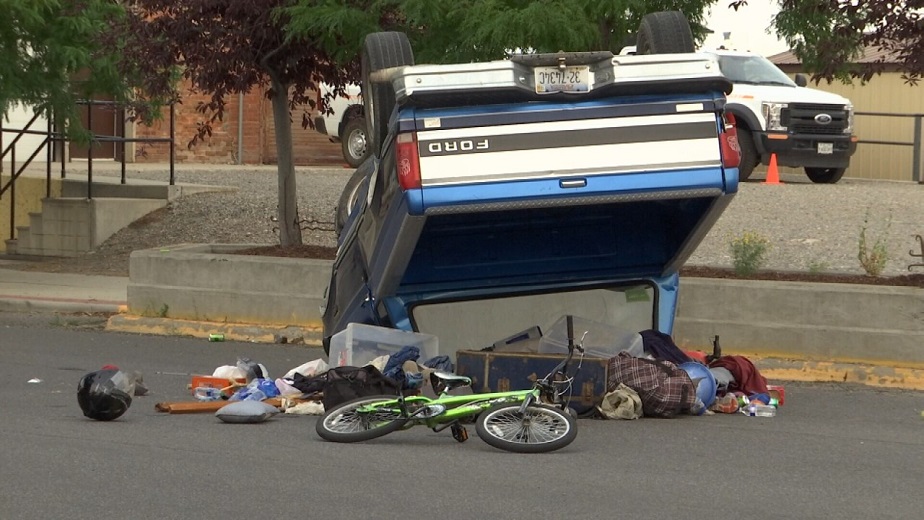 Billings, Montana – A road rage incident where a pickup rolled over at the intersection of North 30th Street and Montana Avenue on Sunday led to the arrest of one man in downtown Billings.

According to Billing Police Sgt. Harley Cagle, drivers of Ford pickup and a silver passenger car were travelling at a high rate of speed on Montana Avenue and had an altercation on the road.

The silver car was chased by the Ford pickup.

The Ford pickup rolled over after it hit two concrete planters while trying to avoid motorcyclist in front.

Driver of the truck faces multiple charges including DUI.

Three passengers were traveling in the pickup at the time of the accident. Two of them were transported to a hospital for treatment of minor injuries and the third one was unharmed.

Officers were unable to identify the silver car because the vehicle left the scene before the arrival of authorities.