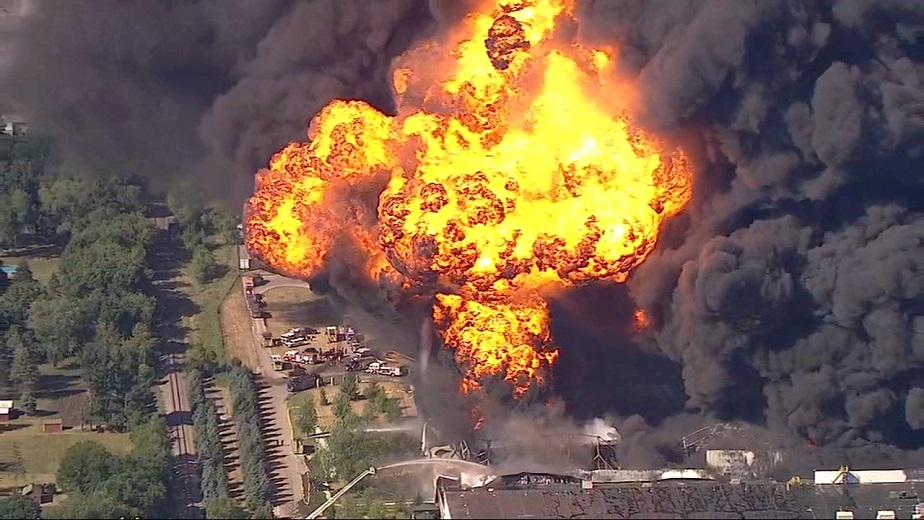 All residents and businesses in a one-mile radius of the 1100 block of Prairie Hill Road were affected by the evacuation warning issued by the Rockton Police Department.

According to the police, the fire broke out at a Chemtool Inc. facility. Evacuees were told to avoid the area of the fire and proceed to Roscoe Middle School.

According to Kirk Wilson, a Rockton Fire Chief, resident will be able to go back to their homes and businesses in few hours.

Residents are asked to call the authorities if any falling debris causes more fires in the area.