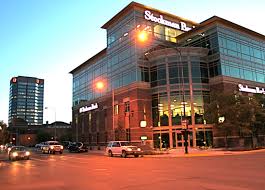 More and more people are reporting they do not feel safe in Downtown Billings at night. The Billings Police Department tracks calls for service every day across 9 different zones.

The downtown area is listed as zone B2. And, according to the 3rd quarter report posted on the city’s website, this zone sees more calls than any other for service

From January to September zone B2 recorded 16,893 total calls for service which is tracking less than the previous year of 17,160 calls, but is still considerably higher than the second busiest zone of B1 which saw just 9,168 calls.

Brian Knicely with the Yellowstone Art Museum is asking for the city to do more to help curb problems he’s seen and experienced downtown.

He describes one recent experience he had while leaving the YAM downtown.

“As I was leaving there was a group of people congregated in the front part of the museum walkway,” he said. “And I stopped to let them know that they had to move along and they got up and surrounded my car, so of course I called the police department like we’re supposed to do and during that call some of them walked away but one guy was actually leaning on my car and yelling at me through the window and actually licked my window at one point, but the police did arrive and they actually had to get him on the ground and get him under control.”

Police Chief Rich St. John says his department is aware of the problem.

“Not all 911 calls are related to the transient population, but certainly a great number of them are,” said Billings Police Chief Rich St. John.

Chief St. John says the homeless population is usually cooperative and responsive to outside help, but lately, officers have been encountering a different group of people downtown, who have become very problematic.

“This population has become very emboldened. They’re very defiant, not only to the community members, but to law enforcement, and they become very aggressive,” Chief St. John said.

So the question remains: How can we make downtown safer? Chief St. John says the most effective long-term solution would be to add officers to the police department and increase patrol downtown. In the meantime, the Yellowstone Art Museum has also taken steps to improve safety, such as hiring security officers, adding more lights outside, and adjusting landscaping.

Chief St. John says, “The advice I give people is never pick a fight with somebody who has nothing to lose. That’s what we’re there for.”