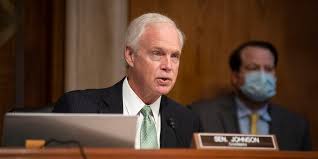 Two U.S. senators have filed an amendment to legislation that would replace Columbus Day with Juneteenth Day as a federal holiday.

“In response to a bipartisan effort to give federal workers another day of paid leave by designating Juneteenth a federal holiday, we have offered a counterproposal that does not put us further in debt,” said Senator Ron Johnson (R-WI) in a press release. “We support celebrating emancipation with a federal holiday, but believe we should eliminate a current holiday in exchange. We chose Columbus Day as a holiday that is lightly celebrated, and least disruptive to Americans’ schedules.”

U.S. Senator John Cornyn announced mid-June that he was introducing a bipartisan bill that would make Juneteenth a federal holiday.

“Juneteenth is a day in our history that redefined the meaning of freedom and equality in America,” said Senator James Lankford (R-OK). “Throughout our history, we have strived to become a more perfect union and Juneteenth was a huge step in attaining that goal. We should celebrate these strides on the federal level while remaining cognizant of the impact the existing 10 federal holidays have on federal services and local businesses.”

According to Johnson and Lankford, a single federal holiday costs an estimated $600 million for paid time off for federal employees.