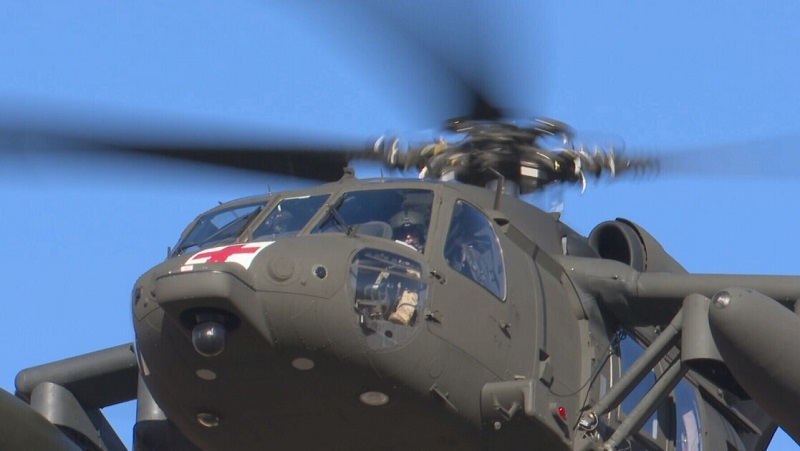 The Montana Army National Guard is relocating six military aircraft to Billings in an effort to speed up rescue response times in some areas of eastern Montana.

According to Colonel Rob Oleson, Director of Aviation for the Montana National Guard, as individuals have begun spending more time outside, there has been an increase in the number of persons that require rescue.

Colonel Oleson previously stated that because their helicopters were stationed in Helena, it took them over an hour and a half to go from Helena to Billings when they received a call for rescue in eastern Montana.

“You know quite often there’s the weather between Helena and Billings and we can’t even get to Billings to support the emergency that we are responding to, so strategically it puts us at a better spot to support the Eastern half of the state and the population of Montana.” Colonel Oleson says.

Having emergency response aircraft in Billings, according to Brigadier General James Wilkins, Director of Joint Staff of the Montana Army National Guard, will make up for important time lost in rescue situations where resources would have otherwise been too far away.

“This just increases that presence and brings more capability and assets for the guard here and expands our capabilities across the state but it also allows us to be able to recruit and retain soldiers from this part of the state and the Billings area easier,” says Brigadier General Wilkins

The presence of the aircraft in Billings, according to Colonel Oleson, should aid in boosting military recruitment and retention.

“The number one priority of the senior leadership of the Montana National Guard is recruiting retention and family programs and making sure we’re taken care of, so we see this as a big step in doing that.” Colonel Oleson says.

The aircraft will aid in training soldiers for actual rescue helicopter flights as well as speeding up the response time of army national guard rescue squads at crisis locations.

A tentative deal reached between the courthouse staff and Yellowstone County