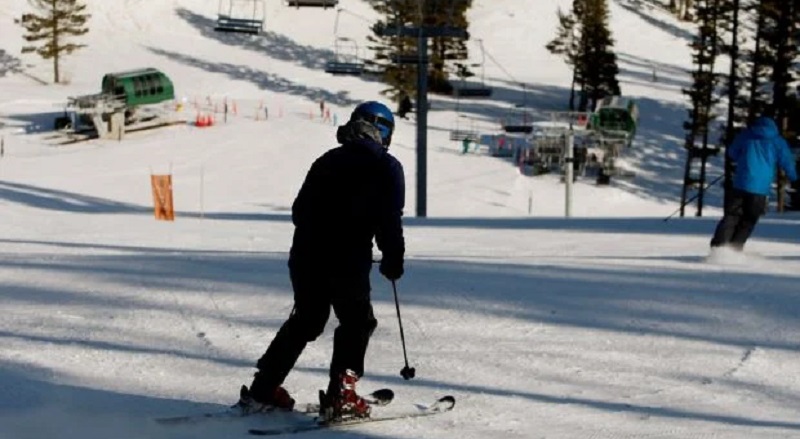 Bridger Bowl, Montana – Skiers from the valley are excitedly anticipating the lifts to open as Bridger Bowl’s opening day on December 9 approaches so swiftly.

As public terrain, Bridger Bowl attracts a lot of skiers who trek up their favorite routes and ski back down before the lifts open.

“I’m most excited to spend some time outside with my friends and hopefully we get some more snow this winter and enjoy the mountains,” says one skier, Dylan, out hiking up Bridger Bowl.

The best way to get ready for the upcoming ski season, according to Dylan, is to hike up the slopes before they open.

“Get the legs moving like I got to make sure I remember how to ski before the winter comes and it’s fun, you know spending some time outside,” Dylan says.

In the previous year, Bridger Bowl saw about 283,000 skiers.

Erin O’Connor, the marketing director for Bridger Bowls, reports that the staff is hard at work getting the mountain ready for opening day despite the settled snow depth of 22″ so far this season.

“We’ve got the snow guns out now. So the mountain ops crew is getting already they’ve groomed a few of our runs,” says O’Connor.

O’Connor enjoys seeing skiers ascend the mountain before the ski season begins, but he wants to make sure that everyone is paying close attention to the machinery used to groom the slopes.

“We need people to be very aware of avoiding the snow guns, avoiding snow cats, as well as snowmobiles because we’ve got people up on the mountain setting up,” says O’Connor.

Even though Bridger Bowl permits climbing before the official opening, it cannot last indefinitely.

“They can come up and hike up until we open typically it’s a day or two before we open because again we’re trying to get them out and ready,” says O’Connor.

Skiers like Dylan are eager to go on their favorite run and kick off their season a little early.

“My favorite run is probably like the boundary line of Alpha Slushmans is really sick,” says Dylan, “I really like that, the hike is super fun, the views are good.”

FFA participants swarm to Bozeman for the annual Ag Expo

Early results in for ballot initiatives