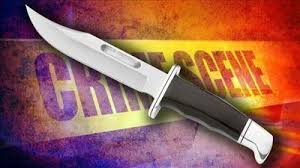 BILLINGS – One man is in the hospital after a suspected stabbing just east of downtown Billings Saturday evening.

The incident occurred around 6:20 P.M. near the intersection of 1st Avenue North and North 10th Street, according to Billings Police Sergeant Glenn Gunther.

One male was transported via ambulance with non-life threatening injuries, while another was arrested approximately a block away.

Police say there is no threat to the public tonight.

About 30K ballots returned so far for Yellowstone County primary