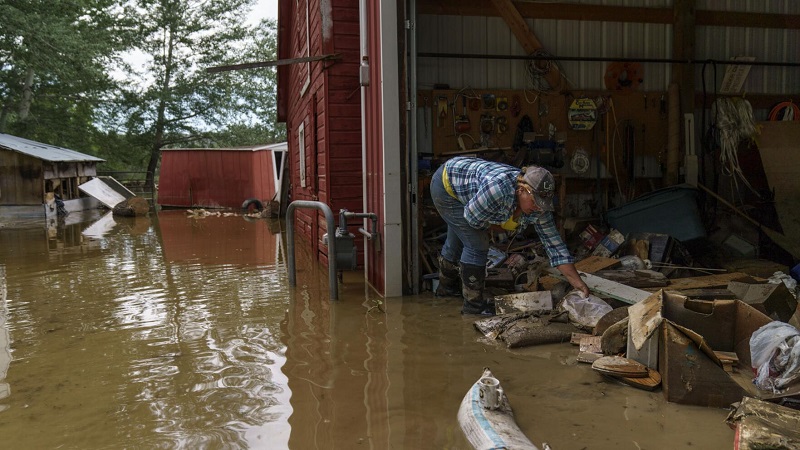 Billings, Montana – The Stillwater Mine’s entrance road was destroyed by terrible floods over five months ago, but that wasn’t the only destruction the flood brought about.

The Blazinas lost their cottage, which was close to the mine and the raging water, and they are currently unsure of whether they will have land to rebuild on.

“It was just a nightmare,” Ted Blazina said. “It was something we never thought would happen.”

An employee of Stillwater Mine captured the cabin floating down the river on video using his cell phone. The river currently flows over the area of land where the cabin formerly stood.

“Seeing our cabin go down the river and tumble in the water was just sickening,” Blazina said.

A meeting was convened in Nye a few weeks ago to talk about the road’s future plans. The Blazinas went to find out what the future of their land held.

“One of the engineers indicated to me that we might get some of our property back,” Blazina said. “We’ll see how it goes. We may rebuild up here.”

The various governmental agencies involved, according to representatives at the meeting, are the primary cause of the construction delay.

“We’ve been trying to push really hard,” said Stillwater County Commissioner Tyrel Hamilton at the meeting. “We’ve met with Senator Daines. We’re continuing to try and get a meeting with Army Corps. A lot of these permits, one will be reviewed, and the next agency wouldn’t review it until the first agency is done.”

The river will effectively need to be rerouted to its former flow during development in order for the Blazinas to reclaim their property, even if the road going into the mine will be repaired.

“Every time I come up here, I have issues with it,” Blazina said as he looked out at the water where his cabin used to be. “So, I prefer not to come up until they get this thing done. If we can get some of the land we lost back, that’s an improvement.”

“You really couldn’t see the mine from our property,” Blazina said. “You had to get up on the highway to see it, but you can definitely see it now.”

Public is introduced to local wildlife in “Eco Critters”