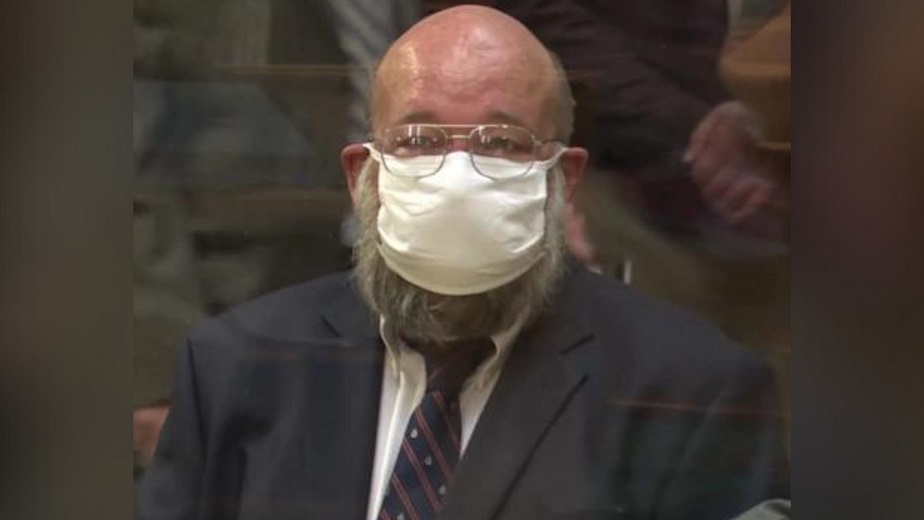 Butte, Montana – Lloyd Barrus, the man facing several counts in connection with the 2017 murder of Broadwater County Sheriff’s Deputy Mason Moore near Three Forks, had his first day of testimony in Butte on Thursday.

The jury was informed by prosecutors that Barrus and his son Marshall were persons who hated the government and wanted to harm it.

Prosecutor Daniel Guzynski presented a taped phone call Lloyd Barrus had with his mother days after the murder from the Missoula County prison.

“This is what Marshall and I have lived for. This is what he died for, mother,” Barrus is heard to say in the recording.

“Ladies and gentlemen, that is why Mason Moore is dead,” Guzynski said.

The prosecution showed police footage from the early May 16, 2017 shooting with Lloyd and Marshall Barrus outside Missoula. In the gunfight, Marshall was murdered, and Lloyd was taken behind bars.

Marshall is accused of fatally shooting Deputy Moore during a traffic check on Highway 287 near Three Forks. According to prosecutors, the driver, Lloyd, first drove away and then returned to the scene so Marshall could fire additional shots.

“Lloyd, not being satisfied with that, four minutes later turned that vehicle around on that lone stretch. Nineteen volleys in that vehicle, 19 shots,” said Guzynski.

Barrus’ defense team says that their client had no intention of killing a cop that night. Lloyd didn’t want a gunfight with cops, according to the defense, and was simply attempting to help his troubled son.

Jodi Moore, Deputy Moore’s widow, spoke shortly on the first day about how she met her late husband before the couple relocated to Montana in 2011.

The trial is anticipated to take two or three weeks and will continue on Friday morning.

Bond set for man suspected of killing his wife