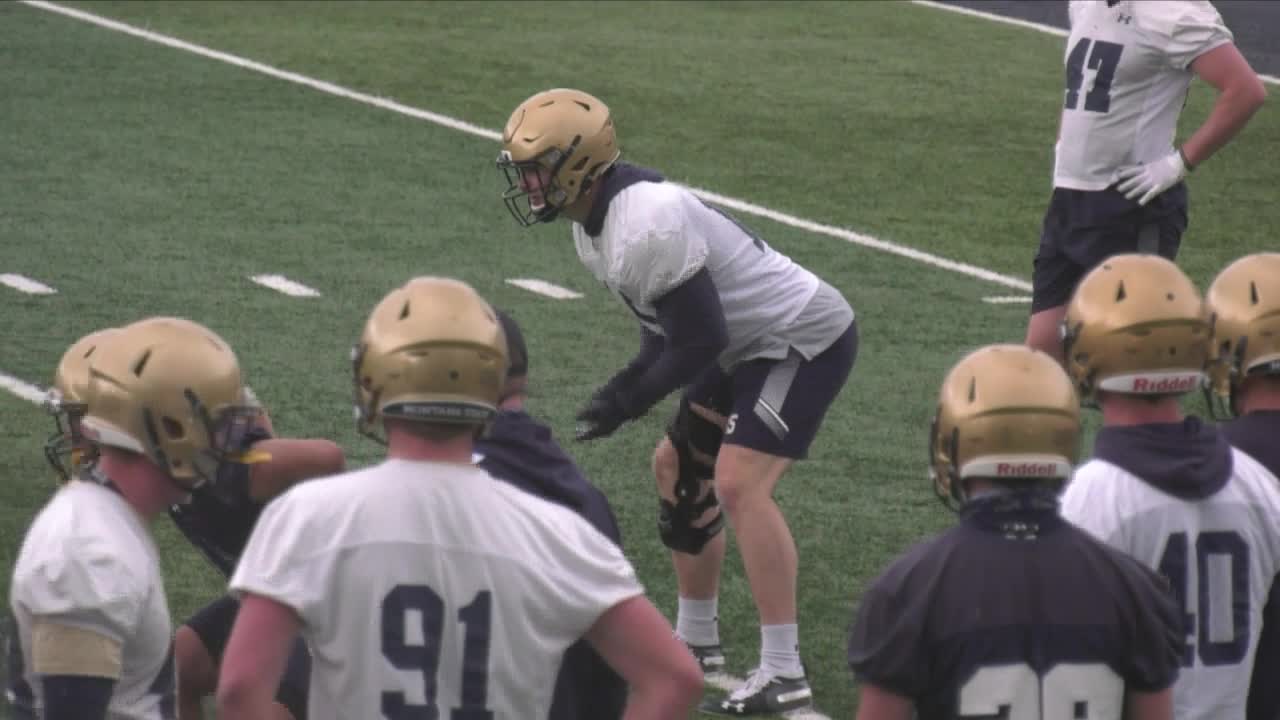 BOZEMAN — It’s news all Bobcat fans want to hear: After offseason right knee surgery in 2020, All-American Troy Andersen is back on the practice field and ready for his final season with Montana State.

“I feel pretty good, still kind of working through some last little steps,” said Andersen. “Surgery went well and everything is looking good so far, so just working through physical therapy and all that comes with any injuries.”

Andersen broke down just how his surgery came about. He got hurt in 2019 in the Bobcats’ game on Nov. 16 against UC Davis while he was playing offense.

“Kind of really didn’t think much of it, started to try to practice and just felt weird and awkward, so didn’t get to play the rest of that year,” Andersen said. “Went and talked to a few different doctors and they were like, ‘It’ll heal by itself.’ Then got hooked up with a guy down in Vail (Colorado) and got halfway up there and got stopped by an avalanche, so we didn’t make the appointment. Went out to another guy in Minneapolis and then I was able to get the surgery then. It was a little bit of a process, but glad I got it done. I feel like it was done right.”

Now that the Dillon native has returned to the practice field, the focus this spring is to ease him into playing.

“That’s what we’re doing this spring, kind of just easing into everything, doing some individual drills and try to limit contact as much as possible,” he said. “Once fall hits, once I’m feeling 100% it’s full go and I’m excited.”

The coaching staff under Brent Vigen is having Andersen focus solely on playing linebacker, something the two-way star was already planning on doing. Andersen finished the 2019 season with 6.5 sacks and 11.5 tackles for loss and was named first-team all-Big Sky Conference at the position.

“I think you kind of get stretched a little thin when you’re trying to do a lot of things,” said Andersen. “To be able to focus on one position and really kind of hone in on the fine details and hopefully get better at it over the course of spring and summer and going into the fall.”

Linebackers coach Bobby Daly couldn’t be more excited to have Andersen in his position group.

“I mean, you guys just got done talking to one of the best Bobcats of all-time and he’s been at several different positions and he’s been successful with everything that he’s done,” said Daly. “He’s going to lead the charge in my room.”

However, Daly does feel that playing different positions has helped the All-American.

“He’s a well-rounded football player but hasn’t got the chance to specialize in anything,” Daly said. “I think this is going to be really valuable for him to focus on one position. The benefit of playing all these other positions that he has played is that he has a great understanding of the game.”