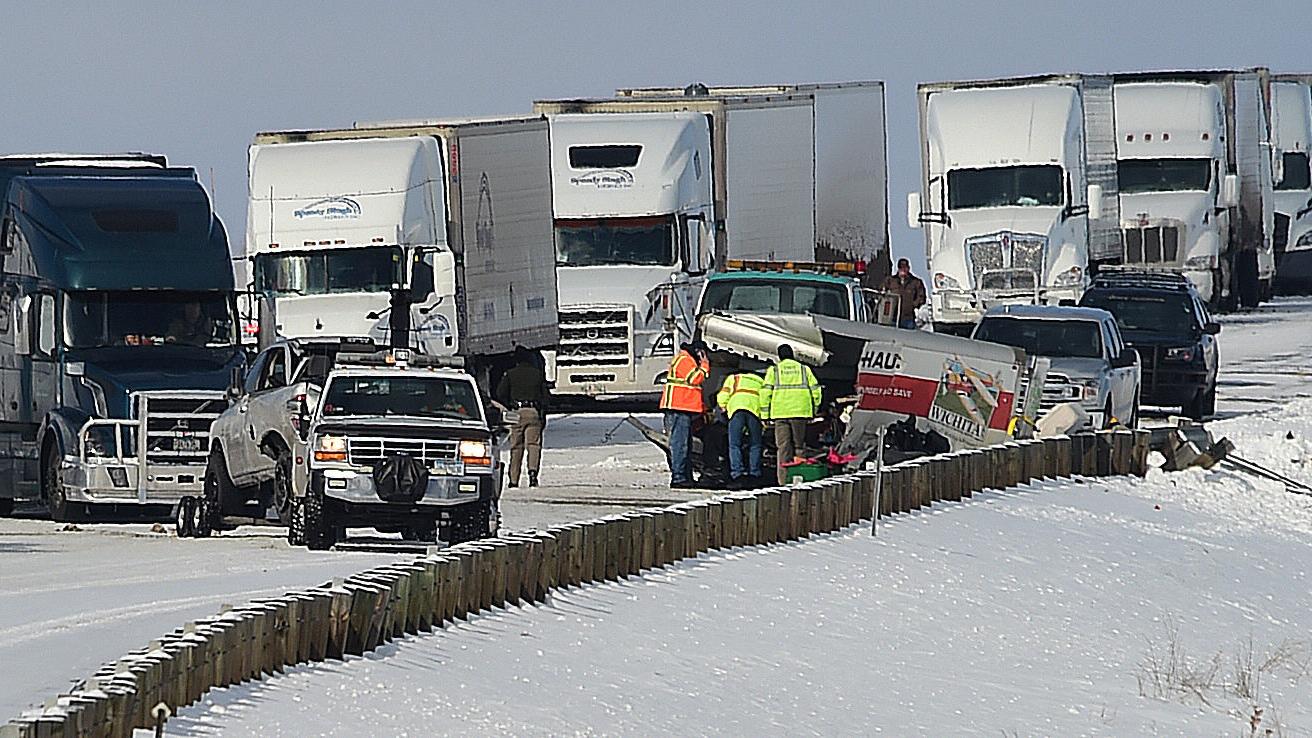 Two tow truck drivers from a Billings-based company were killed near Columbus on Sunday while clearing a crash, according to the Montana Highway Patrol.

Both worked for Hanser’s Automotive.

At 6:18 a.m. on Interstate 90 near mile marker 413, the wrecker drivers were working on a vehicle recovery from a prior crash when a 2016 Volvo semi and a 2016 Dodge Ram towing a trailer came around the corner.

As the semi began to slow for the crash, the pickup driver did not see its brake lights and attempted to go around the semi to avoid a collision, the MHP report said.

The Dodge moved into the passing lane where the tow truck was recovering a vehicle and struck the two drivers.

An 18-year-old Utah man was driving the Dodge, and the semi driver was a 57-year-old Minnesota man. Neither man was injured.

MHP suspects speed as a factor in the crash but said drugs and alcohol are not suspected.

A Sunday Facebook post from Hanser’s Automotive said the two men were dedicated workers who were passionate about their families and their hobbies.

One was a husband and father of five who loved motorcycles, the post said.

The other was “a sweet little soft-spoken guy who was in love with the great outdoors and could have had another 60 years of fishing, bow hunting and shooting ahead of him.”

The post extended sympathy to the men’s family and friends and offered support to the Hanser’s employees who lost two coworkers.

“To everyone else: we implore you, PLEASE, please drive carefully and safely on snowy and icy roads…don’t pass big trucks in unsafe conditions and please ALWAYS note hazard signs, emergency flares, lightboard signals from emergency response trucks (and) speed recommendations.”