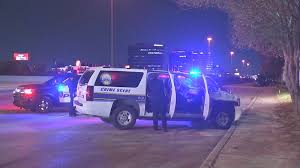 BILLINGS — Police said a woman was injured when she was shot late Tuesday during a road rage incident in Billings.

Police posted on social media that a 38-year-old woman suffered a non-life-threatening injury when she was shot at 10:27 p.m. in the 200 block of Avenue F.

The woman was treated at a Billings hospital.

A suspect was not immediately identified and the investigation was ongoing, police said.