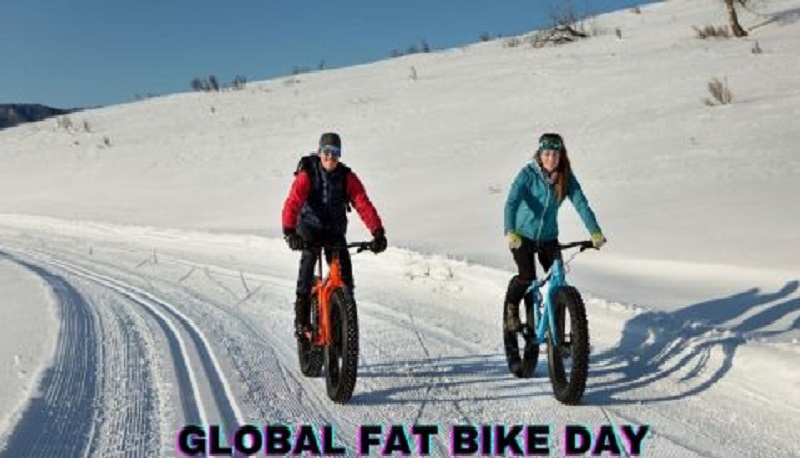 Although the first fat tire bikes appeared in the 1970s and 1980s, the market didn’t really take off until almost ten years later.

“Fat bikes are kind of a unique bike but in our neck of the woods, we certainly found out that you ride them five months of the year, potentially. As you can see, the snow hit our yards on November 2, and it’s still here. We have a saying around here that the snow that falls in November is same snow that’s in your yard in April. So without a fat bike, there’s a long period of time where you just can’t ride that well On the trails,” said Hans Axelsen, Wheaton’s Cycle Owner.

The cycling community now has a special opportunity to stay active and in shape throughout the winter thanks to these bikes.

“I think we just all love cycling. Living here, you get the winter months and so you want to bike. And so this is the way to get on the pedals and keep pedaling. And I think it started that way but it ends up being a lot of fun. I think a lot of people look forward to fat tire season,” said Luke Johnson, Global Fat Bike Day ride participant.

Although many people commute in the snow on these bikes, the gang at Wheaton’s Cycle went a step farther today and went on a mountain bike-style ride.

“It’s pretty exhilarating. I always say that if you like biking and you like snow, you’re probably gonna like fat biking. Because it’s when you’re coming down the trail you’re having that mountain biking experience through the woods. It’s quiet, but you’re on a fat bike and it’s pretty exhilarating and it makes you want to go do it again for sure,” said Axelsen.

Though riders can go biking at any time during the course of the weekend, Global Fat Bike Day is customarily observed on the first Saturday in December. This day is primarily intended for riding fat tire bikes outside.

“We do it just purely for fun, to stay healthy and get a little exercise. It also brings a bunch of people together so you get nice social day,” said Axelsen.

Instead of issuing fines, the Butte court is now accepting food donations