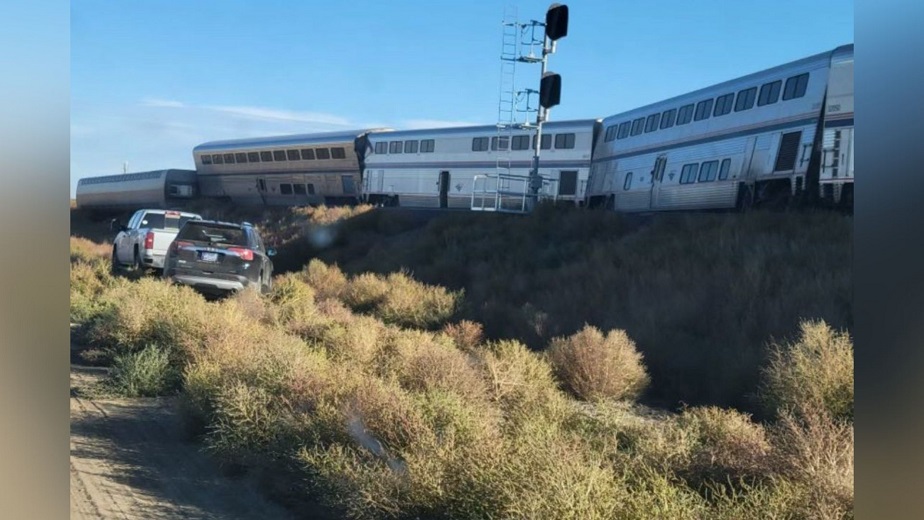 The reason of the derailment has yet to be determined.

The following message was released by Amtrak, confirming that three individuals had died.

“At approximately 4 pm MT, Empire Builder train 7/27 derailed operating near Joplin, MT. There are approximately 146 passengers and 16 crew members onboard, with injuries reported. Individuals with questions about their friends and family aboard this train should call 800-523-9101. Amtrak is working with the local authorities to transport injured passengers, and safely evacuate all other passengers.”

At least one car was completely on its side, while several more were upright or tipped but off the tracks, according to photos posted on social media.

Witnesses described assisting passengers as they exited the derailed cars. Ladders were used to free individuals, according to Jeremiah Johnson of MTN, and some had to be cut free. “We had to lift a few people out with lots of volunteers and then cut some out… There was one lady in the back whose legs were trapped and was unable to be removed without using a saw (to cut away seats.),” said Johnson.

Johnson said his wife was also assisting passengers as they exited the train.

The Empire Builder is the name of the Amtrak passenger route that travels alongside the Montana Hi-Line. It connects Chicago with Seattle/Portland.

Science teacher recognized as Montana Teacher of the Year