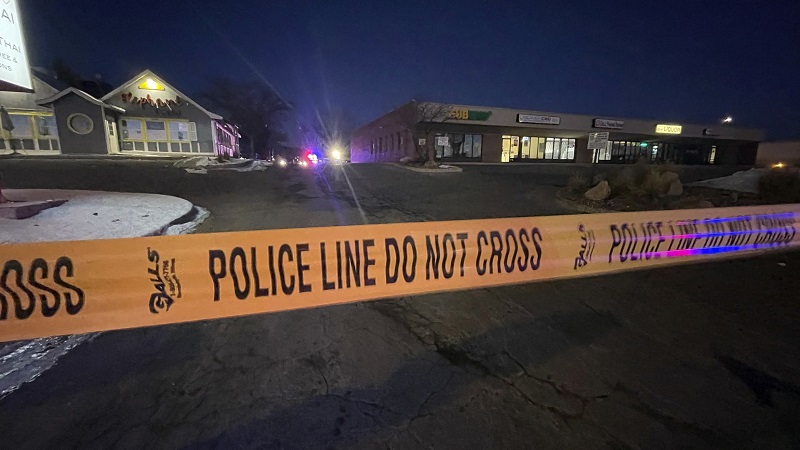 Billings, Montana – At least five people were killed and 18 others were hurt in a shooting late on Saturday night at an LGBTQ+ nightclub in Colorado Springs, CO.

Local LGBTQ+ organizations in Billings have responded to the shooting by providing services and assistance to individuals who are dealing with the terrible incident.

“As I understand last night, the reason this didn’t get really bad was that the LGBT community turned on that shooter. (They) subdued them really quickly. To me, that’s what we have to do. We have to be more aware of our surroundings,” says Walt Donges, the president of 406 Pride, on Sunday. “As LGBT community, we are constantly looking at our environment to make sure that we are safe. That’s how we are conditioned. We can be attacked at any point and time, at any minute of the day.”

The downtown Billings LGBTQ+ resource center 406 Pride attempts to give individuals in need of its access to resources, information, and a secure environment.

“What do we do? We do the only thing that the LGBTQ community can do at this point and time, especially a nonprofit. And that is we stand up, and we speak out. We become, of course, targets,” Donges says.

In order to address safe spaces for the LGBTQ+ community, Donges says 406 Pride met with Riverstone Health and the Billings Clinic during the summer.

“We talked about little things that LGBT people are looking for, for that sign of security. It can be a little tiny pen with a rainbow on it, and we’ll know we’re basically going to be in a safe space,” Donges explains.

According to Donges, members of the LGBTQ+ community are constantly alert and searching for cues that the area they are in is welcoming to them. He adds that community allies can support one another at this difficult time by speaking up and offering encouragement.

“Allies please just step up and show your support. Reach out to those that you love, because that’s really what it’s all about. If we don’t have family that we carry with us when we come out, then we create our own family. And that’s the LGBT community many times, and we watch out for each other,” Donges explains. “But allies, man, we love you. We need you, we respect all of the stuff that comes with not understanding fully, the queer situation, but the allies, just reach out and be there.”

One of the organizers from Grace United Methodist Church, Pastor Sam Beaves-Fisher spoke on Sunday about the value of organizations like this one.

“Rainbow Coffee House started when some older women in the congregation saw a need for middle school and high school kids to have a place to go. Today that program serves roughly 25 kids a week, who all identify as queer. We offer education, we do STD testing, and we offer support. We have trained therapy on site every time we gather from a grant from Riverstone Health,” Beaves-Fisher explains. “This space really is about creating a community where people who identify as queer, especially our youth who don’t feel safe in the community, can be 100% themselves.”

Voting and education are also crucial, according to Beaves-Fisher, in order to stop incidents like this from happening again.

“When we think about future generations of children and kids and young adults who are feeling isolated and alone, and we refuse to address issues of gun violence in our country, we’re going to continue to see marginalized populations attacked senselessly until we stand up and do something different,” Beaves-Fisher explains. “This is an opportunity for us all to stand up and instead of waiting until we get to that point, let’s start that conversation and make those changes before we’re the next community that sees a senseless act of violence.”

The best course of action in trying circumstances, says Walt Donges of 406 Pride, is to ask for help and extend that help to people around you. Donges argues that it’s important for supporters and members of the LGBTQ+ community to speak out.

“This whole effort to come into our safe space, the bars, the pubs that we frequent, our safe spaces where we can connect. Our churches. To have people come in there and murder us, I believe the entire United States of America needs to look at that, and say when is enough, enough?” Donges explains. “To live in fear is not to live. The entire society has moved very rapidly towards living in fear constantly. Guess what’s very easy to control? People living in fear.”