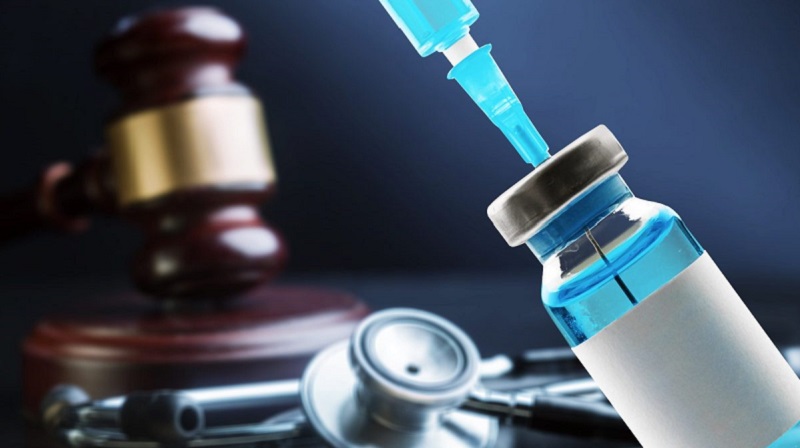 Helena, Montana – A federal judge concluded in a Montana lawsuit that a person’s decision to refuse vaccines does not outweigh public health and safety obligations in medical settings.

Last Monday, U.S. District Judge Donald Molloy permanently barred a provision of law that the state claimed was intended to stop employers from discriminating against workers by requiring them to have communicable disease vaccinations, including COVID-19, including numerous healthcare facilities.

“The public interest in protecting the general populace against vaccine-preventable diseases in health care settings using safe, effective vaccines is not outweighed by the hardships experienced to accomplish that interest,” Molloy concluded in his Dec. 9 ruling.

The first-in-the-nation law was passed by the Montana Legislature in 2021, about a year after the pandemic began, as some individuals, organizations, and Republican lawmakers resisted healthcare policies put in place to stop the spread of the virus that has since claimed more than 1 million lives in the United States. According to state officials, just over 3,600 Montana ns have died from COVID-19.

A person cannot be denied access to products, services, or employment because of their vaccination history, according to a statute in Montana. The law does not modify the vaccination requirements for schools or daycare centers or take away a person’s ability to request a medical or religious exemption.

Republicans who voted in favor of the legislation claimed that it was necessary as a response to employers threatening to terminate workers who refused vaccinations.

Republican governor Greg Gianforte requested an amendment to the measure before he signed it, allowing long-term care institutions to require workers to undergo COVID-19 vaccinations if failing to do so would result in the facility losing money under a federal requirement.

In September 2021, the state of Montana was sued by the Montana Medical Association, clinics, and immunocompromised patients. The Montana Nurses Association later joined the action. They contended, and Molloy agreed, that it was absurd to treat clinics and hospitals differently from long-term care institutions under legislation that, according to the state, was intended to stop discrimination and safeguard patient privacy.

According to the plaintiffs, it is possible for one individual to work in all three types of facilities on the same day in specific circumstances.

The plaintiffs were successful in their claim that the law was unconstitutional under the Americans with Impairments Act, which mandates that public buildings provide reasonable accommodations for those with disabilities. Molloy discovered that an immunosuppressed patient would be at risk if they received care in a hospital where none of the staff members had had vaccinations.

By failing to keep the workplace free from known hazards, the law, according to him, also broke the federal Occupational Health and Safety Act. According to Molloy, the plaintiffs established that vaccine-preventable illnesses are known dangers in medical facilities.

“The Court’s order is a win for all Montanans — young or old, healthy or sick — who no longer need to worry about government interference with the safety of their healthcare in Montana,” Vicky Byrd, CEO of the Montana Nurses Association, said in a statement.

Austin Knudsen, the attorney general for Montana, is analyzing the opinion to decide what to do next, according to a statement from spokeswoman Emilee Cantrell.

Meanwhile, Knudsen is in charge of a coalition of state attorneys general who are opposing the federal Centers for Medicare & Medicaid Services’ requirement that medical staff members in long-term care institutions receive the COVID-19 vaccine. The argument made in the challenge is that vaccination does not stop the virus from spreading, breakthrough infections are frequent, and the immunizations themselves are not completely risk-free.