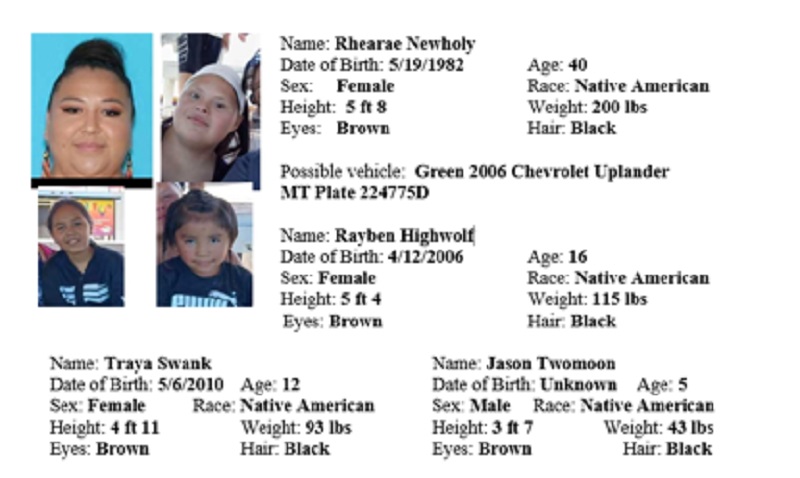 Billings, Montana – A mother and her three children are the subject of a Missing and Endangered Persons Advisory.

They might be driving a green 2006 Chevrolet Uplander with the license plate 224775D from Montana.

Family members worry about According to the MEPA, Rhearae may be suicidal, and there are worries for these four people’s safety and well-being.

Rhearae is characterized as being 200 pounds in weight, 5 feet 8 inches tall, with black hair and brown eyes.

NASA educators workshop is held at the Montana Learning Center