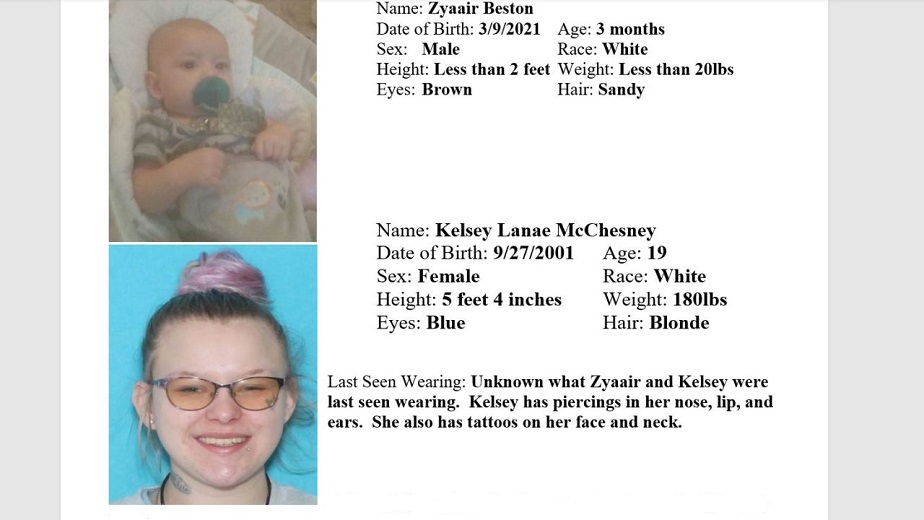 Zyaair was described as white male baby with sandy hair and brown eyes.

According to the report, the baby has gone missing along with his mother, Kelsey Lanae McChesney.

Law enforcement are very concerned for Kelsey and Zyaair’s wellbeing.

Kelsey is described as a 19-year-old white female with blue eyes and blonde hair, 5′4″ tall and weighs 180lbs. She also has piercings in her lip, ears and nose and tattoos on her neck and face.

Anyone with information about Zyaair or Kelsey is asked to call the Billings Police Department at 406-657-8200.

Fireworks show near Billings for 4th of July

GoFundMe page set up for trooper with blood clots