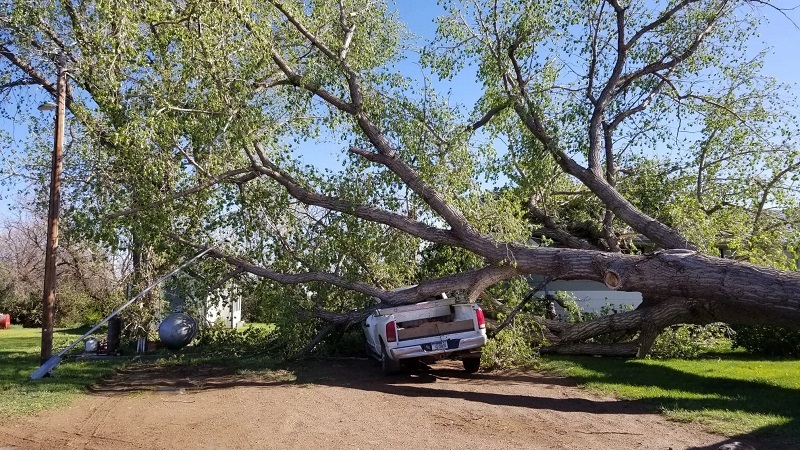 Helena, Montana – It takes a powerful wind and an incredible force to create the damage we saw this past weekend in Montana.

One of the first scales to estimate wind speeds and their effects is called the Beaufort Wind Scale, which can give you an idea of the wind via visual observation. At 19-24 mph, smaller trees begin to sway.

At 25-31 mph, large branches will be in motion. When the wind reaches 32-38 mph, trees will be in motion and it may be difficult to walk. At 39-46 mph, branches and limbs can be broken from trees. Cars can also possibly veer on the road, especially high-profile vehicles. At 47-54 mph, there will be light structural damage.

Now we’re getting up there to what we saw this weekend. From 55-63 mph, entire trees can be uprooted and considerable structural damage can occur. Above 64mph, expect widespread damage.

On Saturday, most of the state experienced wind speeds in this range or higher. The East Glacier area hit 85 mph. Pendroy on the Rocky Mountain front hit 84 mph. West of Helena up closer to the Continental Divide hit 80 mph and the Sieben Flats area hit 76 mph.

Highway 12 through Deep Creek east of Townsend hit 75 mph. Great Falls hit 69 mph and Helena saw 68 mph. These were some of the stronger gusts, but most of the state experienced gusts of 60 mph or higher, strong enough for widespread damage.

A project at Montana Tech looks for valuable metals in slag