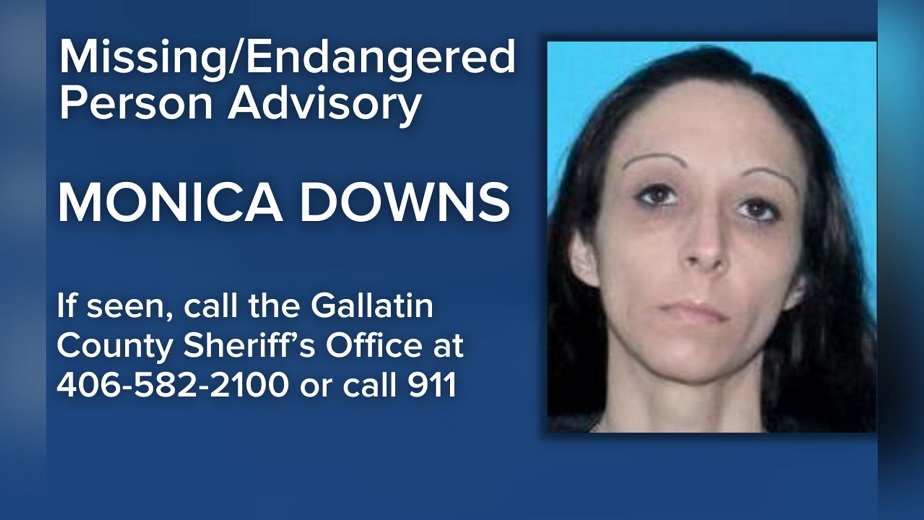 Gallatin County, Montana – A Missing-Endangered Person Alert has been issued for Monica Rose Downs by the Montana Department of Justice.

Authorities describe her as 39-year-old woman with black hair and brown eyes, around 5’7” tall and about 105 pounds.

Monica was last seen near Bozeman on I-90 around mile marker 321 wearing a white tank top with black and white yoga pants and black flip flops.

According to authorities, there’s a possibility that Monica argued with her boyfriend while travelling through the area. They are concerned for her safety due to the circumstances in which she disappeared.

No additional information was released.

Anyone with information is asked to call the Gallatin County Sheriff’s Office at 406-582-2100.

Shooting in Sanders County under investigation