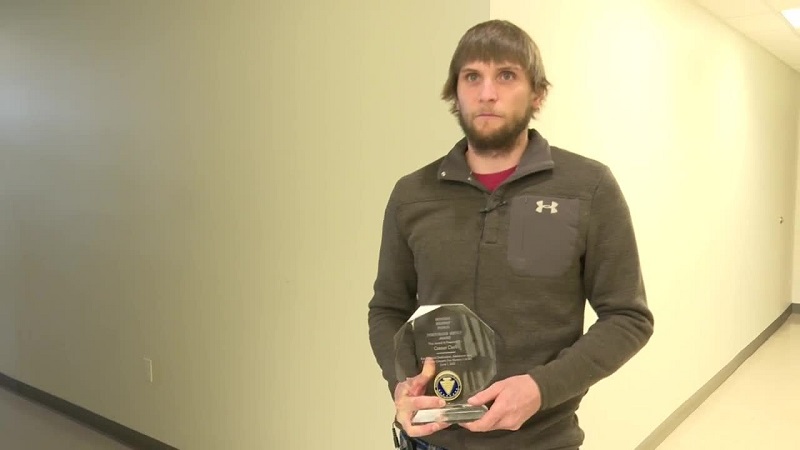 Anaconda, Montana – On Highway 48, a young woman was pinned beneath her car, only her head protruding, slowly being crushed to death. If not for the acts of an Anaconda guy who was commended for his bravery by the Montana Highway Patrol, she might have perished.

On June 1, Cramer Clark was on his way to work when the truck in front of him lost control, flipped over, and the driver was ejected. She was pinned when he stopped.

She was able to regain her breath after Clark raised it just enough with an industrial-size jack from his truck.

“I stayed there, held her hand until first aid, or the paramedics got there, I just kept having her squeeze my hand to keep conscious make her just keep squeezing my hand talking to her, making sure she stayed alive,” says Clark.

On November 28, he received the Good Citizens Award from the Montana Highway Patrol at a ceremony in Butte. It comes as no surprise to those who know Clark that he acted the way he did.

“I mean, it’s totally who he is, he cares for others, he’s always looking out for everyone else,” says his girlfriend, Tiana Korang.

Although pleased to be acknowledged, Clark is more pleased that the victim is doing well.

“The girl reached out to me since, texted me and told me I was her hero and stuff like that, but that’s not what I was looking for or anything like that I’m just glad she’s alive,” says Clark.

‘Festival of Trees’ returns to Helena with no restrictions