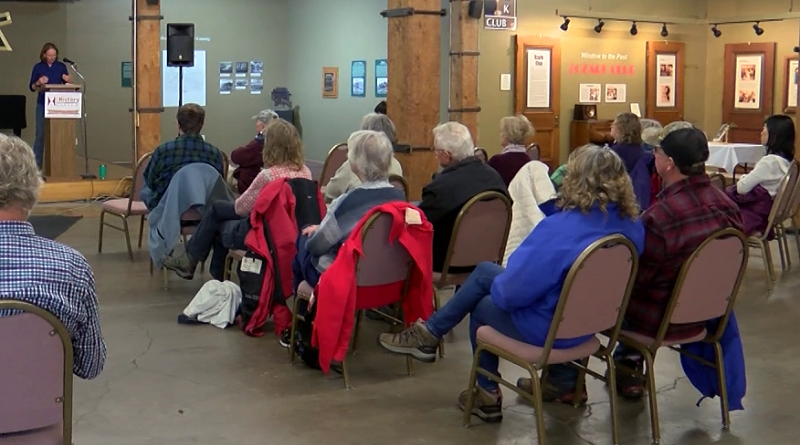 Great Falls, Montana – On Saturday, an event was held at the Great Falls History Museum that gave a teacher the chance to speak on topics that are historically significant to the area.

Dr. Jennifer Hill, the author of “Birthing The West,” a book that explores the significance and influence of midwives in the Mountain West during the late 18th and early 19th centuries, gave the presentation.

The focus of Hill’s P.H.D. in American Studies was childbirth and contraception.

“Initially, I thought that these were scattered people, that they were just sort of historical renegades who were doing something strange and unusual. And after a while, all of a sudden, it became apparent to me that instead of being an exception, it was actually the rule, so to speak,” explained Hill.

“Women who immigrated to Montana from Finland and Sweden had been enrolled in government programs which taught the skills needed to deliver effectively, so it was actually relatively quality healthcare for the time,” Hill continued.

Hill used sparse public health data, historical relics, memoirs, diaries, and even assistance from families descended from the midwives to compile her findings.

“Mary Kassmeier was a very prolific midwife who worked in the Fort Benton area. She asked all the people she helped to take a photograph of their infant, and she compiled all the photographs into a photo album, which she handed down to her family,” Hill said.

“The Kassmeier family generously allowed me access to it, and I could get a picture of her practice. It was families like that all over Montana, The Dakotas, and Wyoming that really helped me flesh out the story in a meaningful way,” Hill added.

By sharing these tales, Hill hopes to provide light on a crucial aspect of life as colonizers advanced into the West.

According to the author of “Birthing The West,” the work of the midwife also contains a certain amount of symbolism.

“You know, I always talk about the lone man on a horse that sort of the image we have in our heads of the settlement of the American West, but really, we should be thinking about a midwife trudging through snowdrifts to get to a neighbor to help her have a baby. It was collaborative activities that helped shape the culture.”