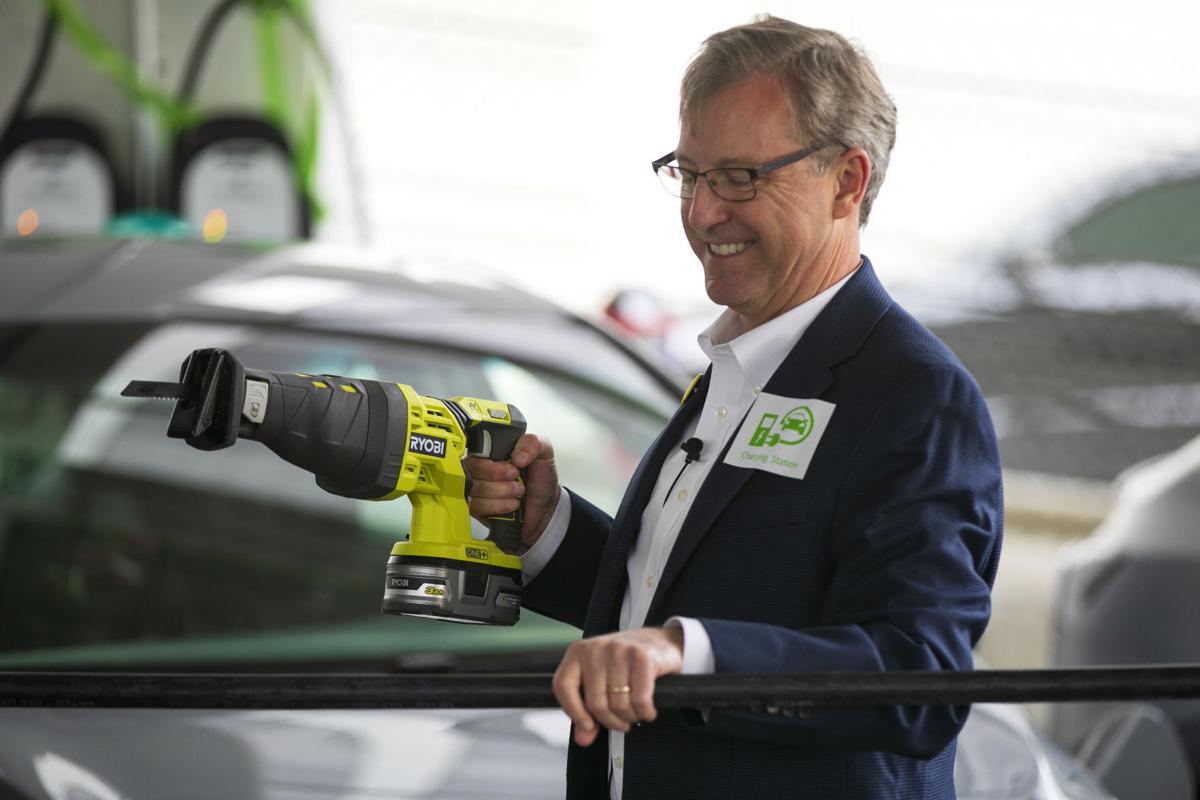 It was the city’s spin on the traditional ribbon-cutting ceremony, and the deed was met with cheers and laughter from the group gathered at the city’s Park 2 parking garage at 2nd Avenue North and North 26th Street.

“Today marks the beginning of a new era,” Cole told the group. “A small step forward on what I’m sure is going to be a long journey of electrifying personal transportation … in Montana and, yes, even in Billings.”

The four chargers on the first floor of the city’s Park 2 parking garage — the other two are on North 29th Street in the hospital corridor — were purchased and installed with a grant from the Montana Department of Environmental Quality. The money comes from the Volkswagen diesel emissions scandal settlement.

Volkswagen in 2017 reached a $4.3 billion settlement with the U.S. Department of Justice and also agreed to pay about $158 million to 10 states after admitting to intentionally engineering devices to circumvent emissions standards for 500,000 VW/Porsche/Audi 2.0 liter diesel engines and 90,000 3.0-liter diesel engines, The Associated Press reported at the time.

City residents Karen Stears and Janny Kirk, who both own electric cars and have been vocal supporters of emerging green technologies, had followed the settlement news and pushed the city to apply for funds made available through the state DEQ grant.

City officials were quick to jump on board; the two groups worked together and the city was eventually awarded the grant.

“I’m so happy to be here,” Stears said. “This is a story about collaboration.”