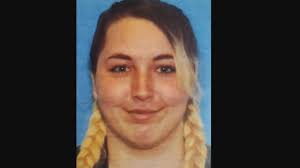 BILLINGS – The Billings Police Department is asking the public for help locating a woman who was last seen two weeks ago in the Billings Heights.

Police said Lauren Ironhawk, 38, was last seen on Jan. 15 on foot near the Magic Diamond Casino. She was reported missing by her family on Jan. 22, according to a police press release issued Thursday.

Anyone with information about the woman is asked to call the BPD Investigations Division at 657-8473.