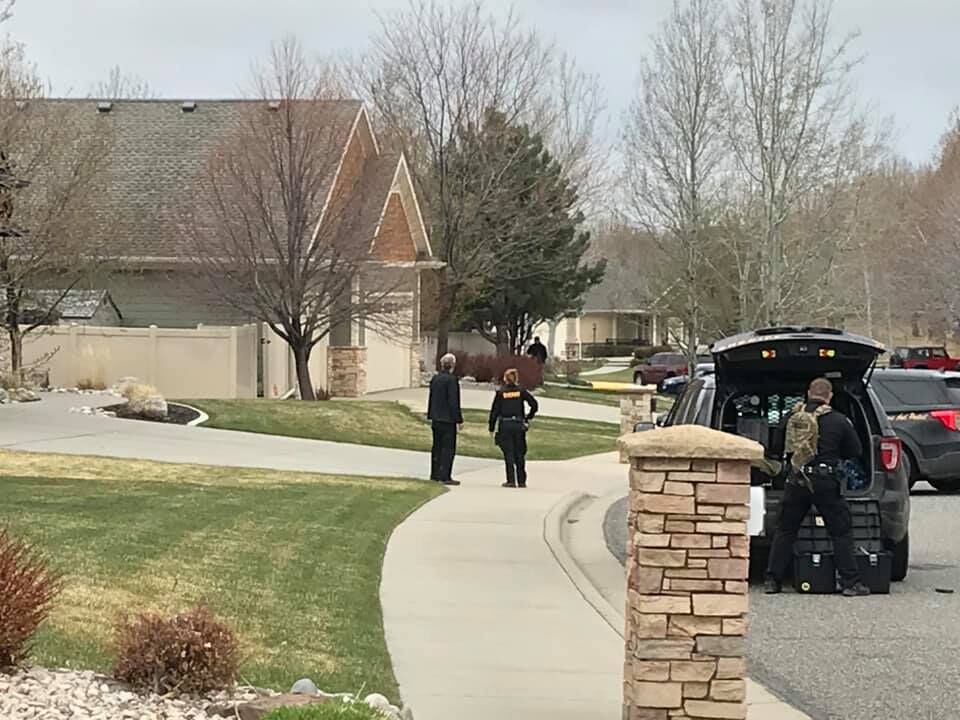 UPDATE: A Billings home was still an active crime scene Saturday morning after police shot and killed a man during a standoff overnight.

Billings Police Chief Rich St. John says the man was hiding in the attic of a home near Ridgewood Lane South and Shiloh Road.

St. John says officers tried to coax the suspect out of the home using chemicals and drones but were unsuccessful.

Members of the SWAT team entered the home around 10:50 p.m. Friday night and made contact with the suspect, but they opened fire killing the suspect when he charged at them.

The investigation is being turned over to the Montana Department of Criminal Investigations.

SWAT officers who fired their weapons will go through shooting protocols, and will be on administrative leave during the investigation.

The suspect’s identity will be withheld until family members are notified.

Billings Police Chief Rich St. John confirms the suspect inside the home has been killed by law enforcement.

Chief St. John says the suspect was located in the attic of the home.

No casualties or injuries have been reported.

Law enforcement told us that all officers are safe.

Authorities are still attempting to get into the home, according to our on-scene reporter.

Chief St. John says police are still trying to contact the suspect as well, after the suspect’s phone died.

It is believed that one of the suspects has been tasered and taken into custody. This has not been confirmed by police yet.

Our on-scene reported says two armed suspects are barricaded inside a house on the Billings West End.

Police have been negotiating and communicating with them over the phone. However, the suspects’ phone has reportedly died.

Police are now using a megaphone to talk to the individuals. Police say they haven’t heard any movement or sound from the suspects.

Police ask people avoid the area of Ridgewood Lane South and Shiloh Road on the Billings West End at this time.

Chief Rich St. John said the sheriff’s office initiated a pursuit on a van, initially for a traffic violation, around 6 a.m. Friday morning. The pursuit was later terminated.

Later that day, Laurel police spoke to the driver of the same van. Chief St. John said the driver then returned to his van and fled the area, which started a pursuit toward Billings.

Two occupants, a man and woman, got out of the van and took off on foot. Police reported they saw the man with a handgun.

According to reports, the two were going from house to house and checking doors. Officers lost sight of the two, but closed in on a house that reportedly had a side door forced open. After police attempted to enter the home through the side door, a gunshot went off.

It is not confirmed whether or not the gunshot was aimed at police.

The area was blocked off and surrounding homes were evacuated. BPD was called in to assist.

Chief St. John said hostage negotiators are in contact with the two individuals in the house. Police are working to peacefully resolve the incident.

The man is potentially a suspect in a shooting off the 4100 block of King Avenue East.

After searching the crashed van, police said they discovered a body.

BILLINGS – A standoff is underway in a neighborhood in Billings’ West End.

There is a heavy police presence in the neighborhood in the area of Ridgewood Lane South and Shiloh Road.

Many law enforcement agencies are in the area, including the Billings Police Department (BPD), Yellowstone County Sheriff’s Office and Montana Highway Patrol (MHP) who were seen in heavy protective gear.

Neighbors in the area tell us a man is barricaded in a home and is armed. They also say the homeowners are out of town on vacation.

This is a developing story and we are working to confirm details about a possible chase preceding the standoff.