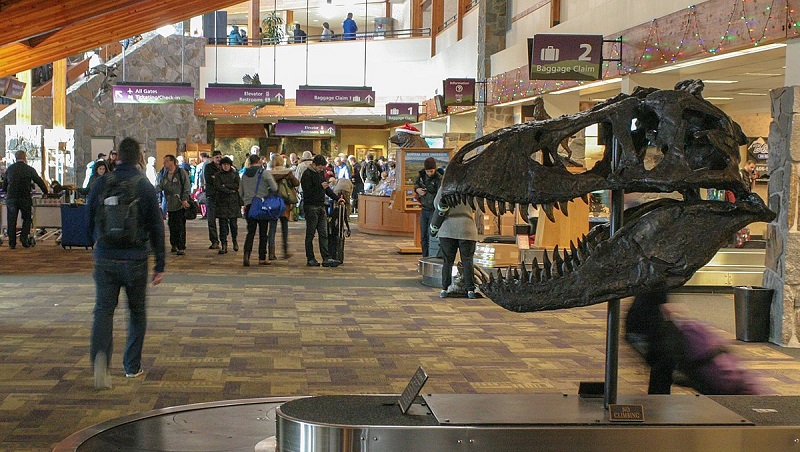 Passenger Kaitlin Southworth explains why the rising popularity of this place is not surprising to her.

“We come every couple of years like every two to three years,” says Southworth. “My parents have been coming since like the early 90s, but we’ve been coming for quite a few years now and we love it here.”

She cites the fact that it doesn’t appear to be expanding as her favorite aspect of the airport.

“It’s just so pretty. It’s like, just so chill and relaxed. Not a lot of hustle and bustle,” says Southworth.

Since 1977, there has been a primary terminal. Since then, the airport has grown seven times. According to Brian Sprenger, the airport’s CEO, there are ten times as many passengers now than there were 20 years ago, and they anticipate that trend to continue.

“Well we expect to end the year at about two and a quarter million total passengers going through the airport,” says Sprenger.

Sprenger thinks Southwest Montana’s expansion has something to do with the rise in tourists.

“You know, it’s been a very long progression of increases,” says Sprenger. “I think much like the valley. We just are representation of everything that’s happened here and continued growth.”

Sprenger claims that in order to maintain the airport’s operational efficiency as it continues to see more traffic, a number of expansions are being carried out.

As a result of these additions, passenger traffic is increasing.

“Their biggest challenges are to keep ahead of it,” says Sprenger.
Southward doesn’t anticipate that the expansion and growing popularity of this airport will affect her travel plans through it. “I just love Montana and love coming here. So I hope to be back again soon,” says Southworth.