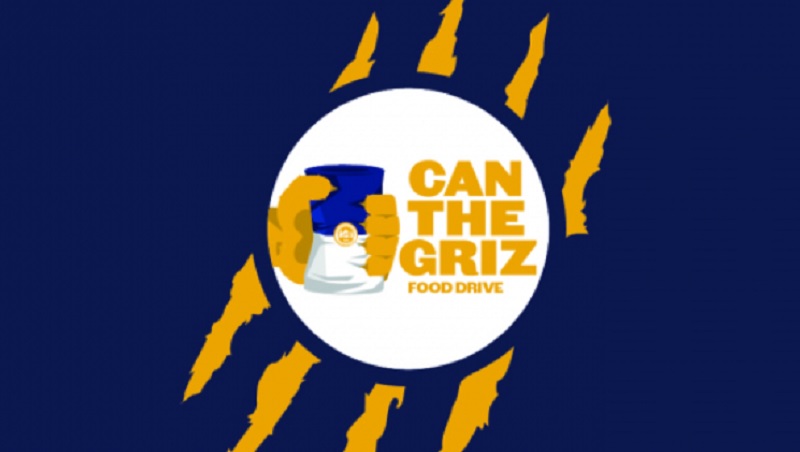 Bozeman, Montana — With supporters giving the Gallatin Valley Food Bank and MSU’s Bounty of the Bridgers food pantry a combined total of 613,054 pounds of food, the 23rd annual Can the Griz food drive was successful for both MSU and the Gallatin Valley communities.

Can the Griz is an off-field battle between MSU and the University of Montana to see whose school can raise the most money for its neighborhood food bank. A related Can the Cats food drive also takes place in Missoula. Each year, the contest is held as a part of the celebration of the football game known as the Brawl of the Wild between the two rival colleges.

207,854 pounds of food and $405,200 were donated this year by MSU and the Gallatin Valley, according to Kim Cleary of the MSU Office of Student Engagement, which oversees Can the Griz. For the contest, pounds and money are combined, yielding a total donation of 613,054 pounds this year. For the Missoula Food Bank, the Can the Cats food drive raised the equivalent of 428,022 pounds of food, according to Cleary. 19 times out of the 23 times the competition has been contested, MSU and the Gallatin Valley villages have won.

“We are so thrilled to have secured our 19th Can the Griz win,” Cleary said. “It is so inspiring to see both the Bozeman and Missoula communities come together to support their friends and neighbors in this especially difficult year. At the end of the day, we are all winners when people are being fed and the people who run our local food banks have the resources they need to continue to serve individuals that need their support.”

The Gallatin Valley Food Bank and the Bounty of the Bridgers food pantry will be able to feed local people throughout the spring and summer because to Can the Griz’s donations. One of the initiatives within the HRDC Food and Nutrition Programs is the Gallatin Valley Food Bank. The Bounty of the Bridgers is a student-led effort to address food waste and food poverty on the MSU campus for students, professors, and staff. It is hosted under the Office of Health Advancement [montana.edu].

There is still time to donate to the food bank. You may find information about donations at canthegriz.com.

After almost ten years, The FanBulance has a new tailgating location.