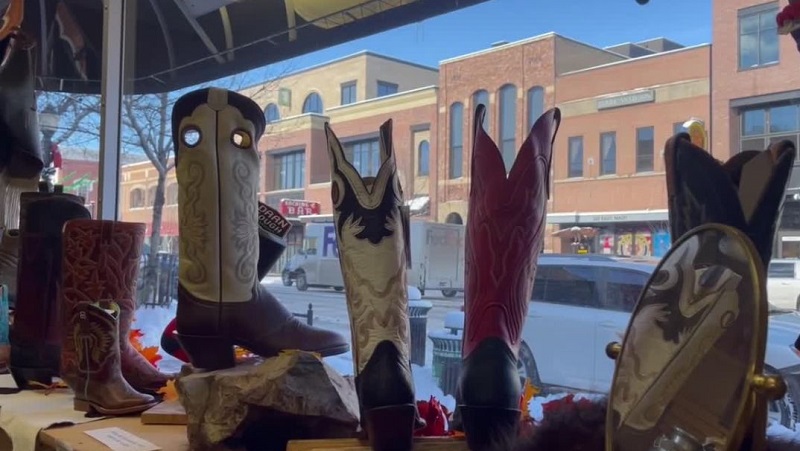 Bozeman, Montana – Bozeman’s Carter’s Boots is buzzing with activity, leathery aroma, and cobblers’ sounds. The store is filled with the obnoxious sounds of downtown Bozeman traffic as customers come and leave.

For more than 20 years, Carter’s has been a mainstay in downtown Bozeman. Residents may come to them for everything from a quick polish to a heel rebuild.

Carter’s is preparing to leave downtown after more than 20 years at its current location, but they won’t be saying goodbye to their patrons.

“We’re just a family business and man, I like to talk to people,” says Carter.

Family is the main focus here. Customers are greeted by name by the father and son team who run the business and are treated like an extension of their family.

“There are the people that need a lift on their shoe, and they can’t walk without us,” says Garrett Carter.

“So many of my customers have been customers for a long time. So, they really feel like family,” says Jeff.

The transformation is not just because of them. Garrett, Jeff’s son, will soon run the store where he saw his father labor.

“I grew up here, right over here, and this is where I’d play and watch my dad work and go out and I’d talk with customers before I was even,” says Garrett.

Garrett didn’t envision himself taking over the company after growing up in it.

“I never wanted it at first,” says Garrett.

Garrett claims that his love for the store has grown as he has grown up in it and gotten more involved. He will be able to make his own impression.

“Being a local staple was really cool just because you know, as a kid I grew up watching Bozeman grow and I’ve always been community-oriented,” says Garrett.

Garrett’s father will take a backseat so that he can enjoy himself more.

“You know, I’m going to miss the downtown. There are a lot of things about downtown. I love it, I grew up here. We’ve been downtown for 40 years,” says Jeff. “He can take over and I can come more semi-retired.”

As the final set of doors of their downtown store close.

“Kind of looking forward to the next chapter,” says Jeff.

December 24 is Carter’s last day living in the city. Their Four Corners site debuts on January 2.

Thousands of people attend the Festival of Trees event at MetraPark