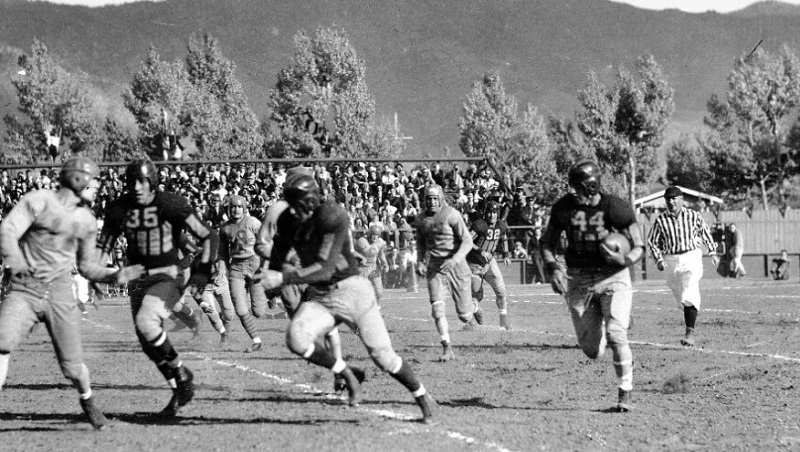 Butte, Montana – When Montana State University and the University of Montana made the decision to move their legendary football rivalry to Butte, it was 96 years ago.

In reality, they performed at Clark Park over the first ten years. You might think the event this weekend is significant now, but the Brawl of the Wild in Butte was a major occasion a century ago.

“It was always the biggest game in Montana, and it used to be right here in Butte, from about 1926 to 1950 it was played here in Butte,” said Butte Archivist Kim Kohn.

People did more than just watch football at the time since the Butte games were front-page news.

“This was more than just two college teams meeting on the field. They had two parades; one for the Griz and one for the Cats. And people are mobbing the streets, they’ve got the cheerleaders up there, they got the game mascots,” said Kohn.

The match was relocated to Butte High’s freshly constructed stadium by the late 1930s; in 1943, it was given the moniker Naranche Stadium.

When the game initially attracted a record-breaking audience in 1928, that was.

17 of the 21 games against Butte were victories for Montana.