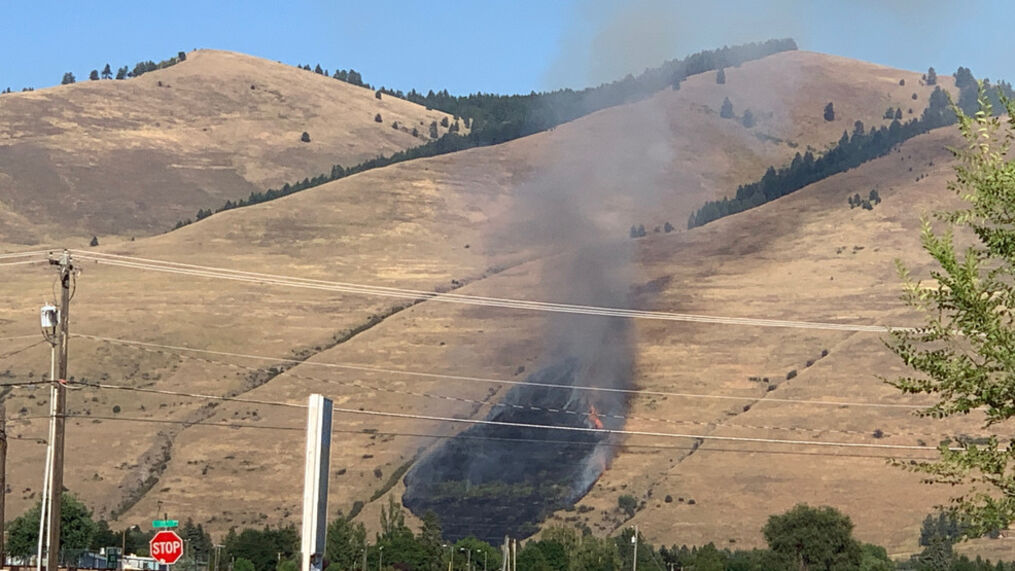 A wildfire that has blackened the base of Mount Sentinel east of the University of Montana is now 75 percent contained, according to a 9 p.m. update from UM.

The fire is burning east of Pioneer Court along the hill’s southern edge. At least two helicopters were dumping buckets of water on the blaze. The fire’s growth is stalled out for now, according to the Missoula fire chief.

The University of Montana police Department and Missoula City fire request everyone stays off the mountain and away from the area. The “M” Trail is closed until further notice. All eastbound traffic on South Ave. at Arthur has been stopped. All south bound traffic on Maurice at East Sussex has been stopped, according to an 8 p.m. alert from UM.

The fire, which is burning in grass, was first reported at 6:10 this evening and was initialy throwing up a large column of smoke.

A fire burned Mount Sentinel in the same vicinity back in 1999. A 13 year old boy at that time was accused of throwing lit matches into a dry field.

Montana Families May Be Eligible For More Food Assistance