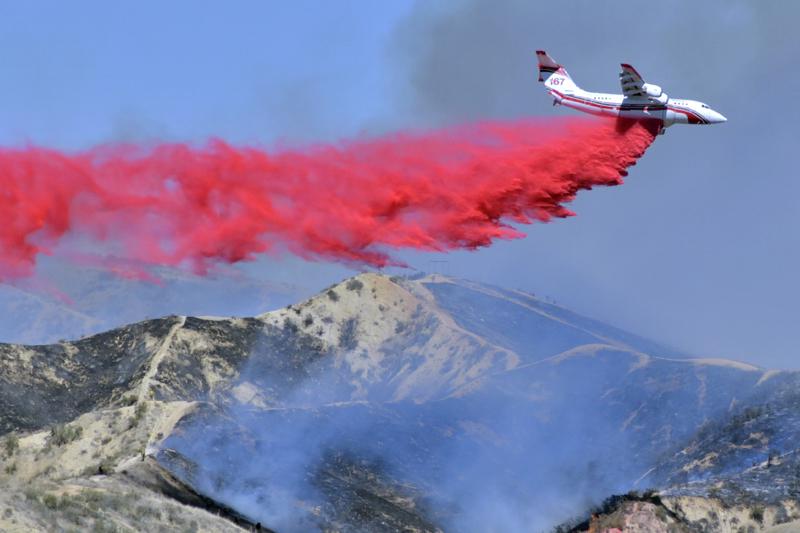 BILLINGS, Mont.  — U.S. officials said Thursday they will try to stamp out wildfires as quickly as possible this year as severe drought tightens its grip across the West and sets the stage for another destructive summer of blazes.

By aggressively responding to smaller fires, officials said they hope to minimize the number of so-called megafires that have become more common as climate change makes the landscape warmer and dryer.

A similar approach was taken last year, driven by the pandemic and a desire to avoid the large congregations of personnel needed to fight major fires. Nevertheless, 2020 became one of worst fire years on record with more than 10 million acres (4 million hectares) of land scorched and almost 18,000 houses and other structures destroyed, according to federal data and the research group Headwaters Economics.

California and the Pacific Northwest were especially hard-hit, including an unprecedented million-acre (400,000-hectare) fire in northern California. Wind-driven conflagrations in Oregon and Washington state burned into urban areas and triggered massive evacuations.

Interior Secretary Deb Haaland and Agriculture Secretary Tom Vilsack told firefighting personnel Thursday to brace themselves for another challenging year given the historic drought conditions. Haaland and Vilsack wrote in a memo to fire leaders that, “90 percent of the West is currently experiencing drought.”

“These conditions have not only increased the likelihood of wildfires but they have also strained water supplies and increased tensions in communities,” they wrote.

Large fires were active Thursday in Arizona, California and New Mexico and more than a half-million acres already have burned this year nationwide. The year-to-date figure is well below the 10-year average.

But the worsening drought is expected to bring with it higher fire danger that will spread from the Southwest into California, Nevada, the Pacific Northwest and northern Rocky Mountains by summer, officials said.

“Our focus is on smart firefighting, aggressive firefighting, catching these fires when they are small,” said Patty Grantham, acting director of fire and aviation at the U.S. Forest Service.

Firefighters are able to put out about 98% of fires before they get out of control, according to federal officials. It’s the remaining 2% that cause most damage in terms of homes destroyed, said Kimiko Barrett, a wildfire researcher at Bozeman, Montana-based Headwaters Economics.

Yet more homes continuously are being built in fire-prone areas. Throw in climate change, and it’s a recipe for destruction, she said. Of the more than 89,000 homes and structures that have burned in wildfires since 2005, almost two-thirds were destroyed in the past four years, according to data compiled by Barrett.

“As wildfires gain in intensity and speed — what is referenced as extreme wildfire behavior — they are becoming much more difficult for firefighters to suppress,” she said.

For 2021, the Biden administration is seeking a 4% increase in wildfire fighting spending — to $2.5 billion — for the U.S. Departments of Agriculture and Interior. An additional $1.7 billion is sought by the Forest Service to manage fire dangers including by thinning stands of trees, conducting controlled burns and other measures. That’s a $476 million increase, according to the White House.

Vilsack said forest treatment work to minimize fire risk can cost roughly $1,500 per acre, versus $50,000 per acre to put out a fire.

“We need to do a better job treating our forests, reducing hazardous fuels buildup that’s occurred over decades,” he said.

New Billings Heights water board members locked out of meeting, hold it anyway outside