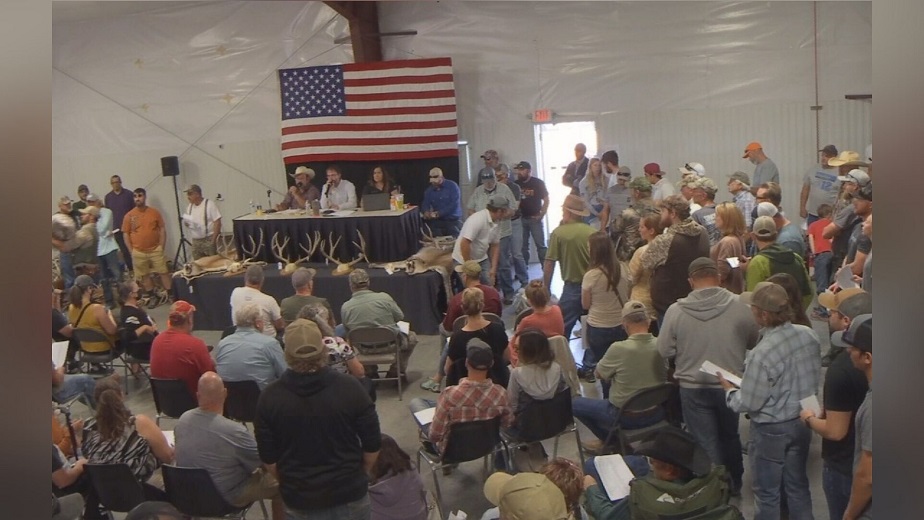 Billings, Montana – Around 200 people attended the Montana Fish, Wildlife, and Parks trophy sale in Billings on Saturday, according to National Auction.

It was an opportunity for people, including non-hunters, to get some wildlife.

“We are doing a live auction for Montana Fish, Wildlife and Parks. It’s a four-year accumulation of their seized and confiscated roadkill animals. The Big Horn Sheep definitely are one of the hardest tags to draw in Montana. And not only that, they’re hard to be successful even if you do have a tag. And we have some very large ram heads,” a National Auction auctioneer, Case Seal said.

There were 404 lots in the auction.

The majority of bidders were not hunters.

“I have a vision for a client’s home with a long hall, where we have a bunch of them facing one another and that’s where they’re gonna go,” said Kibler & Kirch interior designer Jeremiah Young about his purchase of antlers.

“I’m an artist and I paint skulls. So I came to see what this was all about and hopefully get, I got an elk and hopefully I get a big horn or two if the prices are okay,” Jennifer French said.

“The quantity of antlers and the pelts. But the pelts were going for too high, too expensive, so we did get these antlers to decorate our two cabins that we have up in Eureka. I’m not a hunter. I just fish,” Norm Johnson from Eureka said.

“If you’re an outdoorsy person or a hunter yourself you just like to be around this kind of stuff because you spent a lot of time in the field,” Seal said.

“Very exciting. Great to see the things. It’s unfortunate it’s only every four years or so. But I will come to the next one,” Johnson said about the auction.