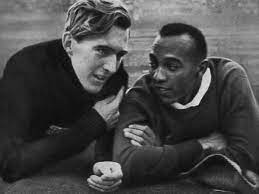 Owens notified his coaches and teammates and said all parties were receptive of the move.

“Everybody I talked to understood that it was the best thing for me and my family,” Owens told the Chronicle on Monday.

The 5-foot-9 redshirt freshman guard played in just one game for the Bobcats this past season. He played three minutes and recorded one assist on Feb. 13 against Eastern Washington.

Owens joined the team as a walk-on in the spring of the 2019-20 season after spending the fall semester as a wide receiver on the University of Montana football team.

He said he was unsure of where he would focus his efforts on where to play basketball again next.

“I’m just gonna let it come to me,” Owens said. “This will be the third school I’ve been to so I just want to make sure everything goes smoothly and end up at a place and hopefully find a home there. Not really rushing into anything. Just waiting to see what comes my way.”

Owens, a two-time all-state selection in high school, admitted he’s a smaller guard. He’s hopeful he can land in a spot where he can use his quickness to his advantage on both ends of the floor.

He said he’s leaving Montana State on good terms with the program’s coaches and players.

“I feel like I made some brothers here for life,” he said. “That’s gonna be one of the hardest things leaving behind, just those relationships that were made.”