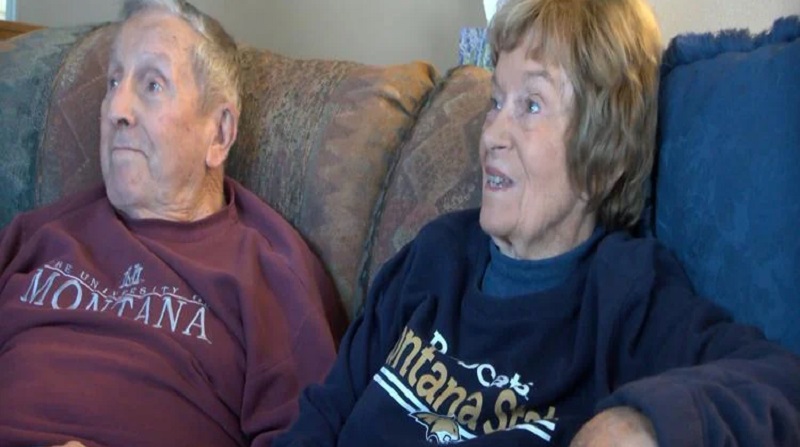 Billings, Montana – In Montana, Brawl of the Wild rivalries are fierce, but one couple shows that even members of competing teams may find compatibility in their differences.

After a summer party, Dick Imer, a University of Montana football player, met Betty, the woman he would later marry.

But the Imers concur that the excitement for the big game is what puts the most strain on their rivalry.

At the University of Minnesota, Mr. Imer participated in the Skyline League and held the record for the most yards per carry.

Betty and Dick, however, frequently find themselves supporting both teams and upholding the principle of sportsmanship after Dick retired from collegiate football.

Over half of all Brawl of the Wild tournaments have been witnessed by the pair over their 69 years of marriage. One was dressed in crimson, the other in blue.

The Imers concur that it doesn’t really matter who wins at the conclusion of the game.

They simply value quality time with loved ones and a well-played game.