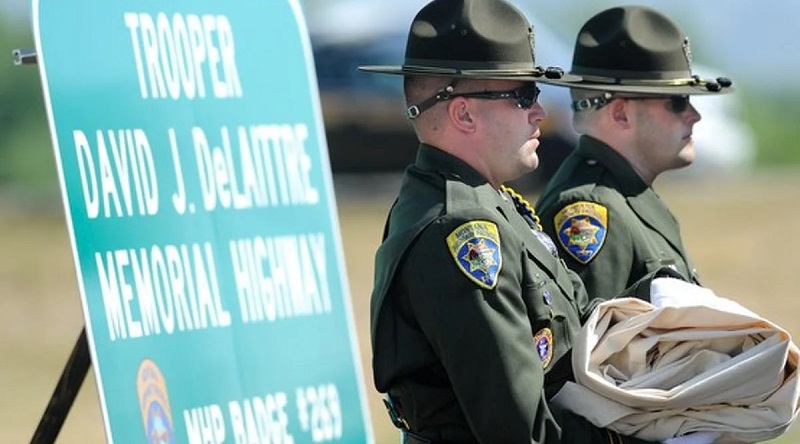 Montana – Twelve years ago, Montana Highway Patrol Trooper David DeLaittre made the ultimate sacrifice. At his memorial service on Thursday in Three Forks, his father and numerous other locals attended.

“He was 23 years old when he was killed, but he started his career when he was about 21 years old. He was a hard-working kid and a likable kid,” says Danny DeLaittre, the father of David.

On December 1, 2010, David DeLaittre was stopped for a traffic violation and shot and murdered. After two years of service with MHP, Trooper DeLaittre passed away at the age of 23. His father Danny created a tribute in honor of his deceased son.

“I wanted these officers to be remembered a little bit more than just their name on the wall,” says Danny.

Working with Trooper DeLaittre, MHP Sergeant Jay Nelson thinks he was a fantastic addition to the force.

“He was always eager to go out and to work and to do better and he had such a bright future ahead of him,” says Sergeant Nelson.

Every year, MHP personnel and locals gather at the memorial to honor DeLaittre and other troopers who have died in the line of duty.

“It was their duty to serve,” says Nelson, “It’s our duty to remember.”

According to Sergeant Nelson, MHP puts a lot of effort into training its troopers to avoid incidents like DeLaittre’s.

“We have a program called Deadly Encounters where we put young troopers as well as old troopers every year back into scenarios just like the scenario David was in,” says Nelson.

Danny DeLaittre couldn’t be more grateful for the love and support he has received from the local community.