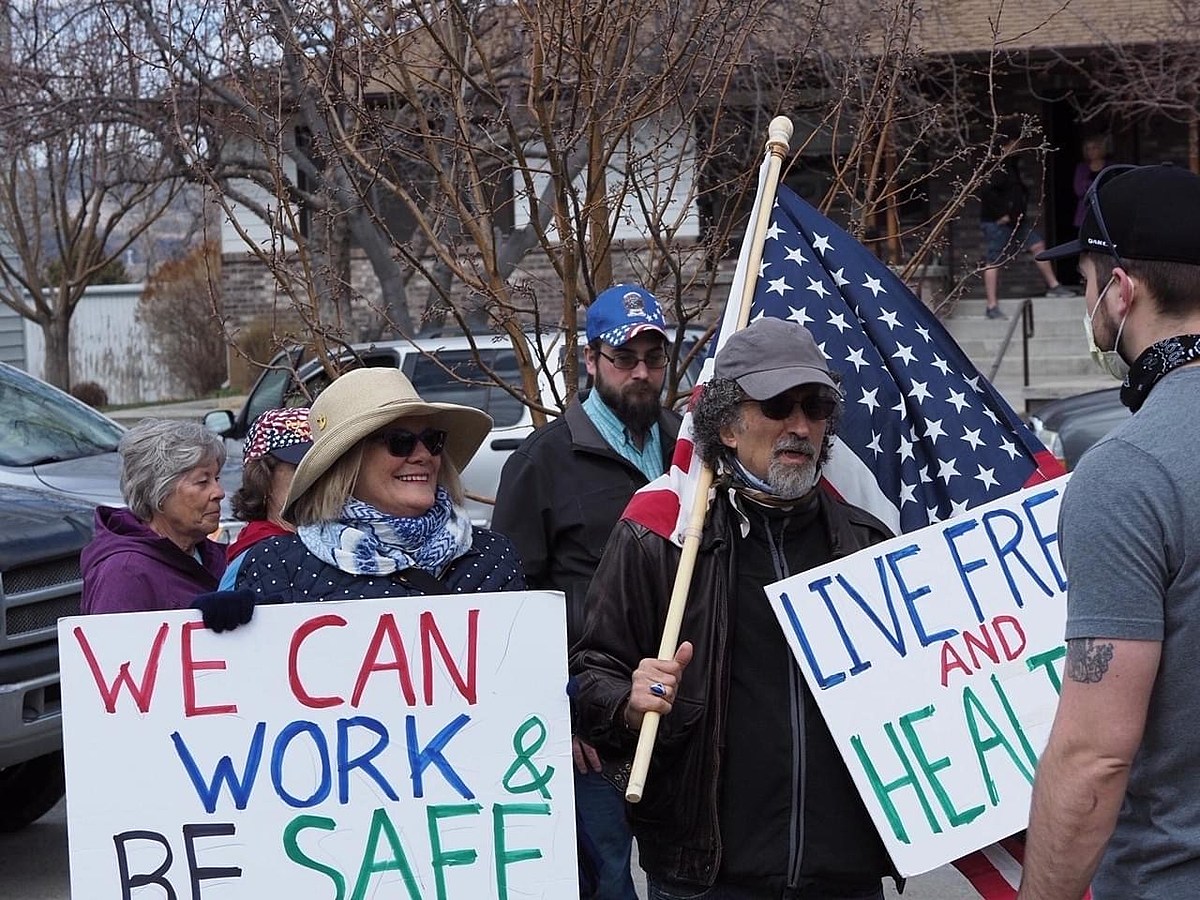 Montana sent a powerful message to the unelected health officers and health boards in the state.

The masks, and especially the mask mandates, are coming off- for those of you who have been forced to wear them, of course. Additionally the ability of unelected health officers and health boards to force private businesses to serve as their enforcement arm is now taken away.

If you’re in Bozeman, of course, the unelected health officer there is still clinging to the restrictions, and even got kicked out of a local bar by a bouncer as he was attempting to film video.

We caught up with Henry Kriegel from Americans for Prosperity-Montana recently to get his take on the significance of several bills now signed into law by Governor Greg Gianforte (R-MT).

He also gave us a rundown of what has been happening in Gallatin County. He told us how a big crowd showed up to object to the restrictions and mandates in Gallatin County, and yet the local media coverage on TV and in the newspaper failed to mention the public opposition.

Despite the big showing from the public, Kriegel says there was “not a single mention of the frustration, the concern, and the expressed outrage of those who participated in the public meeting. people presented scientific facts to back up their opinions. They presented great arguments, but not a single word- it was if the public was not even there.”