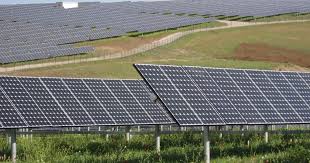 Attorneys for solar developers accused utility NorthWestern Energy of wanting to kill third-party energy development. A member of the Montana Public Service Commission was caught on a microphone acknowledging as much.

EarthJustice Lawyer Jenny Harbine represented Montana Environmental Information Center and Vote Solar in the case. She says NorthWestern was trying to reduce the compensation it gives to solar and wind resources.

“The Montana Supreme Court decision today should put an end to those attacks,” she says.

The original case was based on the rates and length of contract between NorthWestern Energy and solar developers, who said the rates would have hurt the economic feasibility of small solar projects and violated the Public Utility Regulatory Policies Act.

In a statement to YPR, Montana Public Service Commission lawyers wrote they disagree with several aspects of the Court’s decision on this complex issue, adding commissioners and staff will discuss the decision in the coming days and consider next steps.