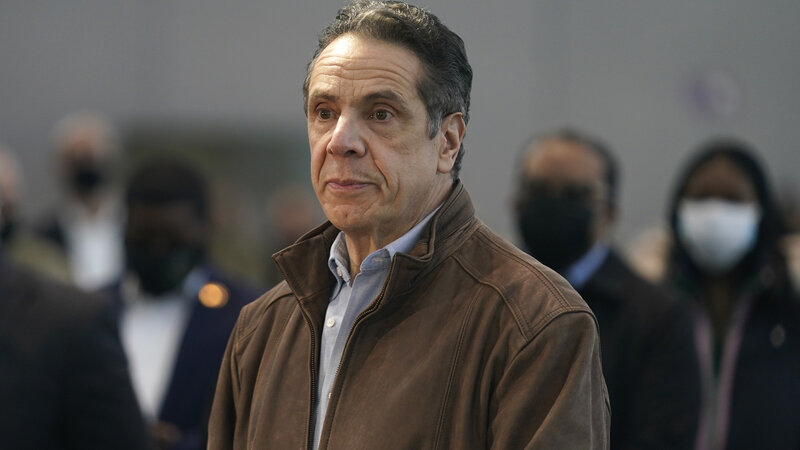 The speaker of the New York Assembly, Carl Heastie, has authorized the Judiciary Committee to begin an impeachment investigation into misconduct allegations against Gov. Andrew Cuomo.

A woman who works as an aide to Cuomo says the governor aggressively groped her in the governor’s official residence late last year, making her at least the sixth woman to accuse him of inappropriate sexual conduct.

The woman’s story emerged after she heard the governor say recently that he had never touched a woman inappropriately.

The female staff member’s account was first reported by the Times Union newspaper in the state capital Albany, citing a source who has direct knowledge of the woman’s claims — the most severe allegation yet about Cuomo’s behavior toward women.

The female aide says that she and Cuomo were alone in the governor’s private residence on the second floor of the executive mansion when he put his hand under her blouse and began to fondle her, the source told the Times Union. The aide had been called to Cuomo’s living quarters to help him with his cellphone — a request that the newspaper describes as an apparent pretext for the two of them to be alone.

In response to the report, Cuomo issued a statement calling the details in the woman’s story “gut-wrenching,” but he also denied acting in the way she described. Cuomo has previously apologized for causing offense or harm to staff members through remarks that he said might have been “insensitive or too personal.” But Cuomo has also repeatedly denied acting inappropriately toward women.

Heastie released a statement on the Judiciary Committee investigation, saying, “The reports of accusations concerning the governor are serious. The committee will have the authority to interview witnesses, subpoena documents and evaluate evidence, as is allowed by the New York State Constitution. I have the utmost faith that Assemblymember [Charles] Lavine and the members of the committee will conduct an expeditious, full and thorough investigation.”

It was Cuomo’s recent denial of the accusations against him by Lindsey Boylan and other women that reportedly prompted the new allegations.

After Cuomo said he had never touched women inappropriately, “the female aide became emotional” as she and other staff members watched his remarks at a news conference, according to the Times Union. The woman’s story emerged, the paper says, after at least one female supervisor asked why she was upset.

New York Attorney General Letitia James has launched an independent investigation into the claims against Cuomo, an inquiry that has subpoena power and is being headed by Joon H. Kim, a former acting U.S attorney for the Southern District of New York, and Anne L. Clark, an employment discrimination attorney.

One year after winning praise for his candid COVID-19 briefings, Cuomo, 63, is facing dual crises over his administration’s handling of pandemic deaths in nursing homes and over his treatment of women, including several former staff members.

The string of accusations has dimmed Cuomo’s political standing, and possibly his future. At least 59 Democratic members of the state legislature have signed a letter calling on Cuomo to resign. Heastie said in a statement that he was meeting with members Thursday “on potential paths forward.” Senate Majority Leader Andrea Stewart-Cousins has also called for Cuomo to step down.

“In New York, he’s had a long-established reputation for hardball politics and many people were afraid to speak out against him,” Gwynne Hogan of member station WNYC reports.

That changed after Assembly member Ron Kim said last month that in a phone call, Cuomo had threatened Kim over critical remarks Kim made.

“Almost overnight, that fear of speaking out sort of dissipated,” Hogan says.

The outpouring of similar stories and support for Kim also led Lindsay Boylan to go public with more details about her claim of sexual harassment while she worked for Cuomo.

The women who have now accused Cuomo include Boylan and another aide, Charlotte Bennett, as well as Ana Liss, who was a policy adviser in Cuomo’s Albany office between 2013 and 2015.

After hearing other women’s stories, Liss says, she believes she was on a “slippery slope” when she worked for Cuomo. She had been told he likes blonde women, for instance, and that she should wear heels. The governor also made it a habit to kiss her on the cheek.

Liss told Hogan that she has been following the other women’s stories about their interactions with the governor.