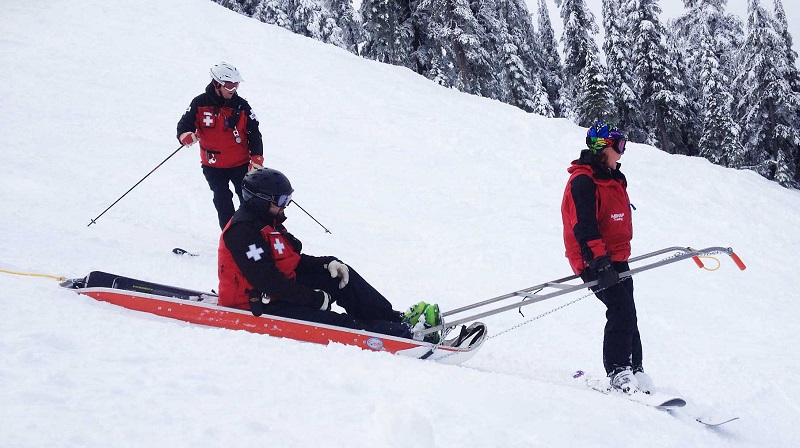 The Great Falls Ski Patrol, one of the nation’s oldest volunteer patrols that was established in 1938, has partnered with Showdown Montana to offer visitors entertainment and educational opportunities.

She added, “There’s a standard of excellence that is hard to put into words. They don’t settle, and they hold each other to a high standard. We’re lucky to have them.”

More than 600 patrol units make up the National Ski Patrol, which has more than 32,000 patrollers globally. With 49 members, the Great Falls Ski Patrol just about fulfills the requirement for a Large Alpine Patrol (40 members).

Since 1979, Allan Rabbitt has been a member of the Volunteer Ski Patrol. The appropriate mindset, according to him, is the most crucial quality to possess in order to volunteer for patrol.

“There’s many requirements to become a member of the Ski Patrol, but probably the most important thing is the person’s attitude and what they bring to the table. If someone has the proper attitude and they love the sport of skiing and snowboarding, we would welcome them to start the training process to become ski patrol.”

Great Falls Ski Patrol has reportedly been Showdown’s biggest backer over the years, according to George Willett.

“They work together to be a community for themselves,” George said. “They do a great job over here. Every weekend and holiday, they get up here, and have handled some amazing wrecks, and lots of stuff to prevent accidents. It’s a well-deserved award.”

According to Showdown, in addition to their commitment and excellent job, they also foster an enjoyable and educational environment for our visitors. Showdown claims that although they focus a lot on the patrollers themselves, the GFSP is comprised of so much more than that.

Every year, they host “Patrollerpalooza,” an event that invites skiers of all ages to visit stations around the mountain and have the opportunity to learn about mountain safety. The family members who also give up their winter weekends include spouses, parents, and children. Their kids are the ones who learn to ski here and eventually join the patrol or Showdown staff.